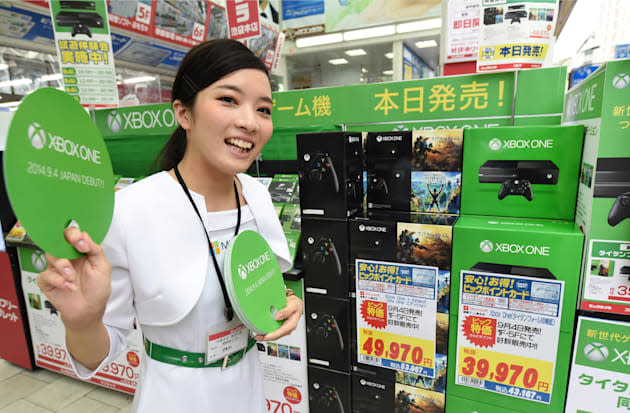 It's no secret that the Xbox One has been far from a hit in the Land of the Rising Sun, and now this is having its negative effects on the people in charge. As reported by Famitsu, a Japanese publication which focuses on video games, Head of Xbox Japan Takashi Sensui decided to step down following dismal sales of Microsoft's latest console in that country. So far, the Xbox One has only managed to shift less than 39,000 units since launch, of which around 24,000 were sold within the first few days of being available. Sony, on the other hand, managed to sell roughly 322,000 PlayStation 4s during the first few days of its debut in Japan.

Sensui will allegedly continue to work at Microsoft, where he first started back in 2002 and where he took over his now-resigned position in 2006. Meanwhile, Xbox's chief spot in Japan is said to be taken over by Yoshinami Takahasi, who's currently one of Microsoft's top executives there -- this, however, has yet to be made official by the company.

In this article: hdpostcross, Head of Xbox, Head of Xbox Japan, Japan, Microsoft, Microsoft Xbox One, Takashi Sensui, Xbox, Xbox One, XboxOne
All products recommended by Engadget are selected by our editorial team, independent of our parent company. Some of our stories include affiliate links. If you buy something through one of these links, we may earn an affiliate commission.