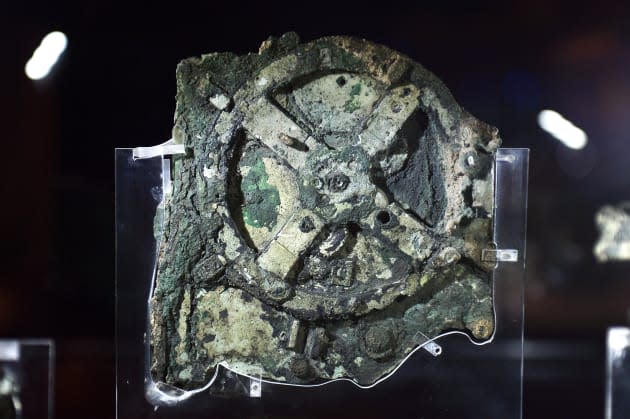 The device regarded the world's first computer (analog, of course) could have been used even earlier than researchers thought. Inspection of a dial from the 2,000-year-old Antikythera Mechanism and an examination of Babylonian eclipse records revealed the device's origin to be 205 BC, 50-100 years before previous findings indicate. The new date offers a clue as to how Greeks predicted eclipses and planetary position, too. Until now, scientists thought the system was based on trigonometry, but that method didn't exist yet, so instead, the mechanism relied on Babylonian arithmetic. Using a process of elimination, a pair of researchers compared records and recovered pieces of the dial that aided with eclipse prediction in order to arrive at the new calculation. The hunt continues for the rest of the Antikythera Mechanism, as a team is hoping to continue its search of the shipwreck where fragments have been found this spring.

In this article: ancient computer, antikythera, AntikytheraMechanism, astronomicalcalculator, astronomy, greece, greek
All products recommended by Engadget are selected by our editorial team, independent of our parent company. Some of our stories include affiliate links. If you buy something through one of these links, we may earn an affiliate commission.