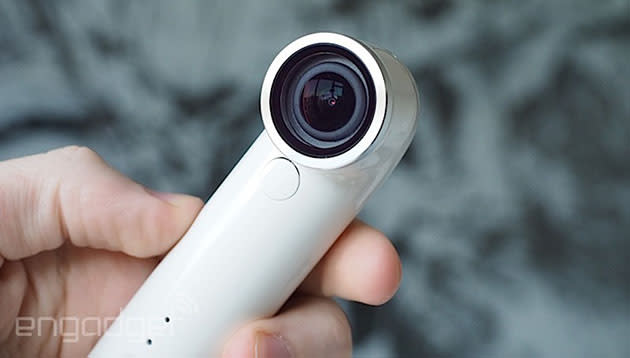 There will be a follow-up to HTC's periscope-cum-asthma-inhaler RE action camera, according to a report from Focus Taiwan. North Asia president Jack Tong told the publication it would launch a new standalone model next year, in order to expand its roster of products in light of slowing smartphone sales. The current RE (which has only been on sale in the US for a month) shoots 16-megapixel stills and full HD video, and is intended to be used with a smartphone due to the lack of a screen. It is possible to record stills and video without one, however, thanks to a built-in microSD card slot. HTC has high hopes for the RE, though it hasn't revealed sales figures yet for the nifty, but pricy $200 camera. The original is set to go on sale in Taiwan tomorrow.

In this article: camera, htc, HTC RE, periscope, RE, sequel
All products recommended by Engadget are selected by our editorial team, independent of our parent company. Some of our stories include affiliate links. If you buy something through one of these links, we may earn an affiliate commission.