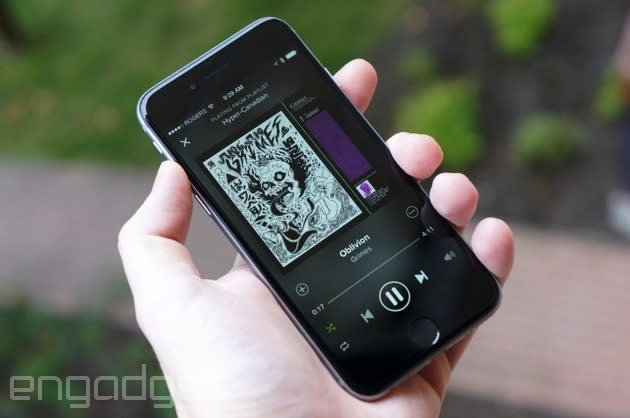 It's the festive season, and one company that's in a generous mood is Taylor Swift's favorite streaming service. If you're not already a Spotify user, then the outfit is hoping to lure you in by offering three months of its premium service for just 99 cents if you sign up before the end of the month. It's a bit of a no-brainer, given that you get better sound quality, offline playback and, best of all, no ads. At the same time, Spotify has revealed the most popular music of 2014, showing that Pharell's Happy was the most streamed song, while Ed Sheeran and Katy Perry took the gongs for most popular male and female artists.

In this article: Christmas, Deal, Spotify, Streaming
All products recommended by Engadget are selected by our editorial team, independent of our parent company. Some of our stories include affiliate links. If you buy something through one of these links, we may earn an affiliate commission.