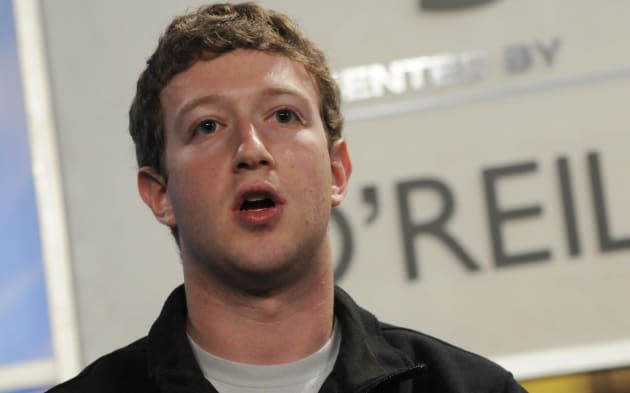 When Tim Cook published an open letter in September to address iCloud privacy and security concerns, he said free online services treat you, the consumers, as product. Even newcomer Ello, which is dubbed the anti-Facebook, has a manifesto that ends with: "You are not a product." Well, those sharp words have found their mark in Zuckerberg (pun totally intended), and it sounds like they hit him where it hurts -- so much so that he's just unleashed some biting commentary of his own, despite previously declaring his respect for Cook as a leader. In an interview with Time magazine about his plans to get the world online with Internet.org, the social media mogul irritably defended Facebook's free / ad-supported model, against what he sees as charges that an advertising business model is fundamentally misaligned with customer's interests. The way he sees it, if Apple were truly aligned with customers then it would charge less for all of those iThings it's selling.

A frustration I have is that a lot of people increasingly seem to equate an advertising business model with somehow being out of alignment with your customers. I think it's the most ridiculous concept. What, you think because you're paying Apple that you're somehow in alignment with them? If you were in alignment with them, then they'd make their products a lot cheaper!

If you're wondering, here's what Cook said months ago in the midst of a huge celebrity photo hack scandal linked to a Find My iPhone exploit: "A few years ago, users of internet services began to realize that when an online service is free, you're not the customer. You're the product. But at Apple, we believe a great customer experience shouldn't come at the expense of your privacy." While the CEO didn't name Facebook, in particular, the sentiment's been widely associated with the social network. " Zuckerberg, however, is sticking to his guns, telling Time that Facebook can't fulfill its mission to connect the world if it stops displaying ads and asks users to pay for access instead.

In this article: advertising, apple, ello, facebook, MarkZuckerberg, privacy, security, TimCook
All products recommended by Engadget are selected by our editorial team, independent of our parent company. Some of our stories include affiliate links. If you buy something through one of these links, we may earn an affiliate commission.