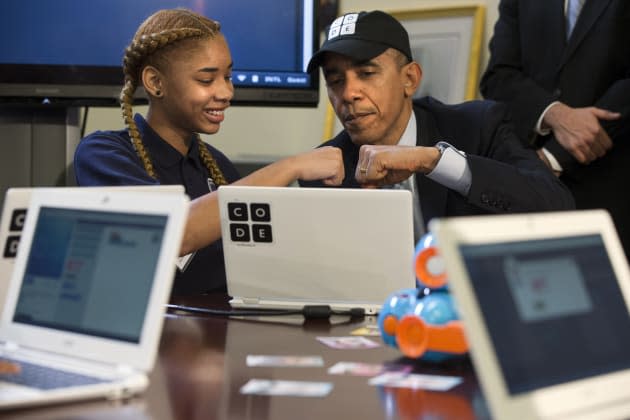 Remember that Hour of Code event we mentioned earlier today? The one that had President Barack Obama hosting a computer science workshop at the White House? Turns out the president used the event to mark a new milestone in American history: He's now the first US president to write a computer program. Specifically, the president used Google's Blockly tool to craft a tiny segment of code to draw a square. It's not a very useful program, but its creation is symbolic of the event's message -- with a little effort, anybody can learn to code. Even one of the busiest men on the planet.

In this article: Barack Obama, hourofcode, obama, president, UsPresident
All products recommended by Engadget are selected by our editorial team, independent of our parent company. Some of our stories include affiliate links. If you buy something through one of these links, we may earn an affiliate commission.