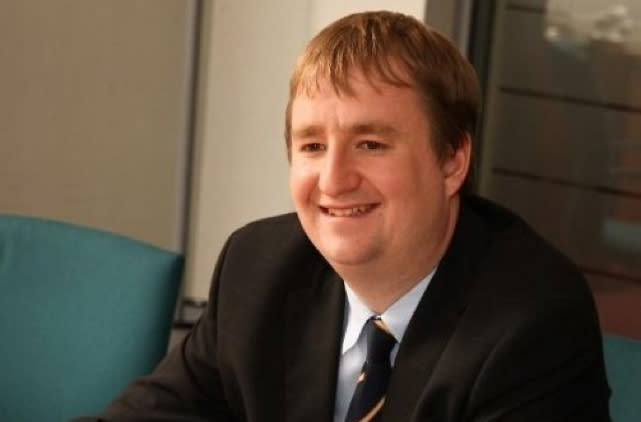 Candy Crush Saga is addictive, so addictive in fact that it can keep lawmakers from doing the job taxpayers pay them to do. According to The Sun, MP Nigel Mills was rocking a long Candy Crush play session during a meeting regarding pensions and insurance -- in which he asked a few pre-written questions and then played the game on his taxpayer-funded iPad for as long as two and a half hours.

A video of Mills tapping away on his tablet was provided to The Sun by an unnamed individual sitting in on the meeting. Now, rather than investigating whether or not a lawmaker should be playing games while "working," an investigation is in motion to track down the person who actually caught the act on film, as doing so is a breach of protocol.

To be fair, everyone should have probably seen this coming. After all, the slogan Nigel Mills has front and center of his website is "Your priorities are my priorities," and given the absurd success of Candy Crush Saga, it is definitely a priority for much of the world.

Mills has since apologized for his lack of attentiveness during the meeting, following his earlier claim that he was "fully engaged" in the session. Twitter, as you might imagine, is still having a good bit of fun with it:

Fair to say that Nigel Mills is on the naughty list this year. He'll have to make do with Candy Crush on Christmas day.

[Photo via Nigel Mills MP]
In this article: candy crush, candy crush saga, government, humor, news, nigel mills
All products recommended by Engadget are selected by our editorial team, independent of our parent company. Some of our stories include affiliate links. If you buy something through one of these links, we may earn an affiliate commission.