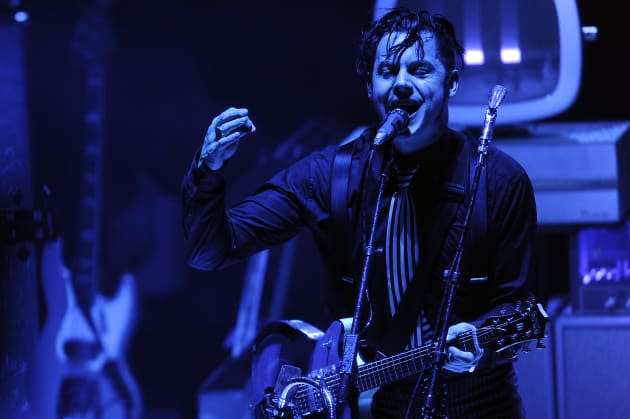 After a world record, an elaborate vinyl release and two box sets of classics from the Paramount vault, Jack White is trying his hand at VR. White's Third Man Records teamed up with Jaunt to create immersive versions of a few recent performances with the Third-D app. The software pairs with the just-updated Google Cardboard for 360-degree 3D live videos of "Freedom at 21" and "Ball and Biscuit" from The Bleacher Theater at Fenway Park as well as "Dead Leaves and the Dirty Ground" from Red Rocks Amphitheatre. And there's Dolby Atmos audio thrown in for good measure. If you'll recall, Jaunt has been focused on delivering "cinematic VR footage" to both Cardboard and Oculus Rift for months, including live looks at Paul McCartney and more. Don't have Cardboard yet? If you're not looking to make your own, you can grab one from the likes of DODOcase and others for around $20-$25. The app itself is free though, and it's available now over at Google Play.

In this article: app, cardboard, googlecardboard, jackwhite, mobilepostcross, music, software, third-d, vr
All products recommended by Engadget are selected by our editorial team, independent of our parent company. Some of our stories include affiliate links. If you buy something through one of these links, we may earn an affiliate commission.