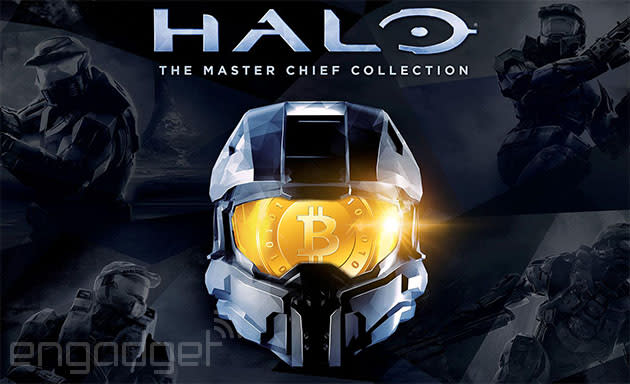 Bitcoin just got a big boost in stature as Microsoft is now accepting the cryptocurrency for digital content from its stores. If you live in the US, you can use it to buy apps, games, music and videos from the Windows, Windows Phone, Xbox Games, Xbox Music and Xbox Video stores. According to Coindesk, Redmond partnered with Bitpay to make the new arrangement possible. Microsoft pointed out that you can only add $100 at a time using Bitcoins, the payments can't be refunded and support is limited to the United States. In addition, they can only be used to purchase digital goods and not products like Microsoft Lumia phones.

Microsoft now joins other tech players like Dell, which has gone all-in on Bitcoin and accepts it for most products and services. PayPal has a deal with Coinbase to help online stores accept Bitcoins, though you still can't add them to your digital wallet. So far Amazon, the 800-pound gorilla of the e-commerce world, has strongly resisted the digital currency, however.

In this article: Bitcoin, microsoft, Store, WindowsStore, Xbox
All products recommended by Engadget are selected by our editorial team, independent of our parent company. Some of our stories include affiliate links. If you buy something through one of these links, we may earn an affiliate commission.