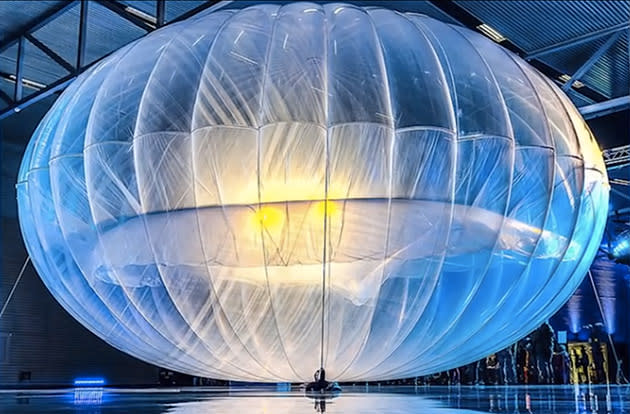 Project Loon has come a long way since Google X started working on it in 2011: its balloons can now stay afloat for 100 days, for one, and it has recently gained a partner carrier in Australia's Telstra. Now, France's space agency, Centre National d'Etudes Spatiales (CNES), has revealed that it's been collaborating with the semi-secret lab for a year now to take this moonshot to the next level. Apparently, the agency is helping Mountain View analyze data from ongoing tests, as well as design its next-gen floating hotspots. Google, on the other hand, will help CNES conduct long-haul balloon flights to the stratosphere.

"No single solution can solve such a big, complex problem. That's why we're working with experts from all over the world, such as CNES, to invest in new technologies like Project Loon that can use the winds to provide Internet to rural and remote areas," said Mike Cassidy, the Google VP in charge of the project. CNES has a long history researching stratospheric balloons (50 years, according to its announcement post) and continues to release around 20 per month.

Marc Pircher (CNES' Toulouse Space Center director) told SpaceNews that he thought Project Loon wasn't at all realistic when Google first approached the agency and laid out its plans. After all, the company wants to deploy 100,000 balloons to provide internet connection in remote areas around the globe and then retrieve them when they lose air -- something that's nowhere near easy or practical. In the end, though, they did strike up a partnership, as the folks behind the moonshot have brilliant ideas that will be beneficial to CNES, including some that "will reduce the cost of the balloons by 10 times or so."

In this article: CNES, france, google, GoogleX, projectloon
All products recommended by Engadget are selected by our editorial team, independent of our parent company. Some of our stories include affiliate links. If you buy something through one of these links, we may earn an affiliate commission.