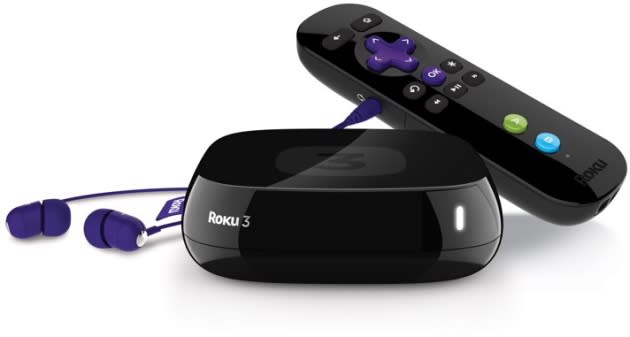 On the same day HBO announced its streaming service is on the Amazon Fire TV, Roku has news of its own. Re/code found an FCC filing revealing that the media streamer folks have come to an agreement with Comcast. That means the cable giant's customers will finally be able to use HBO Go and Showtime Anytime on Roku media streamers, after years of the apps refusing to authenticate, making an ugly joke of the "TV Everywhere" slogan. While neither side has commented publicly or announced when the change will take effect, we've also heard that Comcast is talking to Amazon and could allow HBO Go access on its box / dongle soon.

Update: And... it's live right now. Roku has put up a blog post announcing the change and interested users should be able to try it out immediately. We still don't know why it took so long, but we're glad it's done.

As Re/code points out, the timing of this deal is advantageous for both sides as Roku faces a crowded field of internet TV boxes and Comcast has the FCC considering net neutrality changes and its merger with Time Warner Cable. The only other problem? There are still other devices that don't work for some subscribers. According to HBO's support page, currently Comcast still locks out the PS3, while Charter leaves both the PS3 and Apple TV unsupported.

In this article: comcast, fcc, hbo, HboGo, hdpostcross, Roku, ShowtimeAnytime, streaming
All products recommended by Engadget are selected by our editorial team, independent of our parent company. Some of our stories include affiliate links. If you buy something through one of these links, we may earn an affiliate commission.