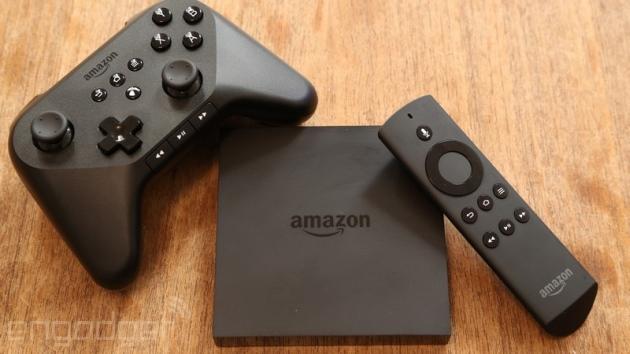 It only took seven or so months since it was first announced, but HBO Go is now available on Amazon's Fire TV (along with SlingPlayer). Owners of the Fire TV Stick dongle will have to wait until this spring for access, but since they're probably Amazon Prime subscribers too, at least they have plenty of older HBO shows to stream in the meantime. The other bad news? HBO tells us that Comcast and Charter are currently not on the list of supported streaming providers. According to Amazon its selection of apps has quadrupled since launch, and the box is currently on sale for $79 instead of the $99 regular price, in case your holiday shopping isn't over with yet.

In this article: amazon, firetv, firetvstick, HBO, HboGo, hdpostcross, video
All products recommended by Engadget are selected by our editorial team, independent of our parent company. Some of our stories include affiliate links. If you buy something through one of these links, we may earn an affiliate commission.