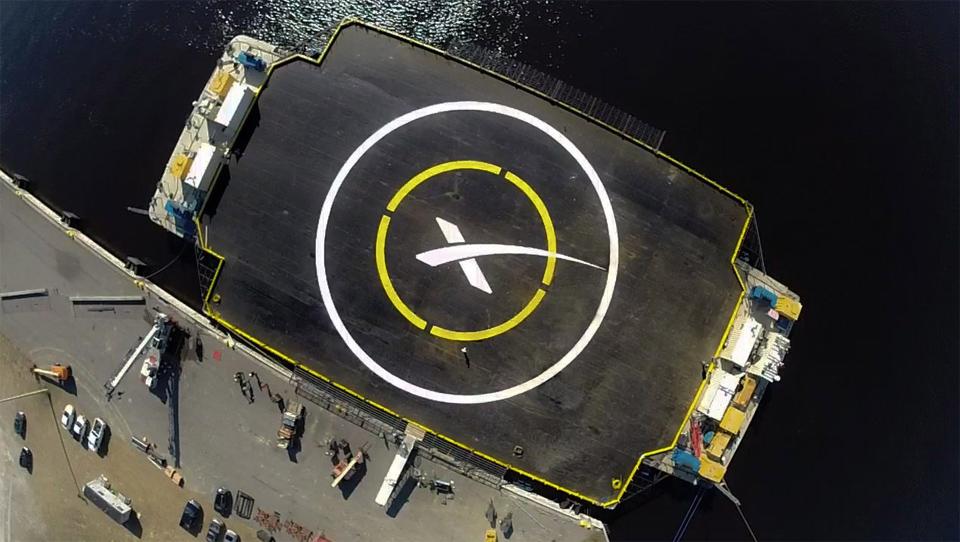 SpaceX's next test flight hopes to land one of its Falcon 9 rockets on a platform -- in one piece. The company puts the odds of success at around 50 percent "at best" but it's apparently a major step towards reusable space rockets - and cheaper trips to space. While it's already been able to demo two soft water landings, on a solid surface (and one that's not tethered to anything), things get trickier. The rocket will be coming in at a speed of around 1,300 meters per second, making stabilization, well, tricky.

"Stabilizing the Falcon 9 first stage for reentry is like trying to balance a rubber broomstick on your hand in the middle of a wind storm."

The reentry engines are split into three roles: the first boostback burn adjusts where its going to hit the ground / spaceport drone ship, while the incredible-sounding supersonic retro propulsion (alongside the forces of entering into the atmosphere), will pull the speed down to around 250 meters per second. Finally, the landing burn will slow it to around 2 meters per second - which sounds a little more... landing-friendly. New upgrades to make sure the rocket (gently, carefully) hits its target include the sci-fi sounding hypersonic grid fins, arranged "in an X-wing configuration", which will control the direction of the Falcon 9. We've already outlined what the fins can do: in short, each one can move separately across all three axes, hopefully keeping the rocket where it needs to go.

The autonomous spaceport drone ship (or: sea barge), measures 300 by 100 feet, with wings that can extend that 170 feet - however, the rocket itself is 70ft wide. Last efforts expected landing accuracy within 10 km. This time, SpaceX is aiming for accuracy within 10 meters.

In this article: elonmusk, falcon9, landing, rockets, space, spaceport drone ship, spacex, video
All products recommended by Engadget are selected by our editorial team, independent of our parent company. Some of our stories include affiliate links. If you buy something through one of these links, we may earn an affiliate commission.