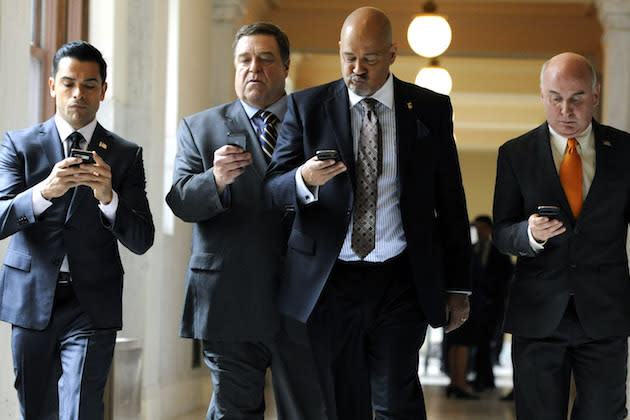 Even though the majority of Britons don't own an 4K TV, that isn't stopping streaming providers from upgrading their video quality before ultra high-definition (UHD) becomes the next big thing. Netflix began delivering pixel-rich versions of House of Cards and Breaking Bad (and charging a little extra for the privilege) earlier this year, but now Amazon is getting in on the act. After the online retailer begun rolling out ultra high-definition streams in the US just over a week ago, it's now extended the same benefits to customers in the UK. If you're a Prime member, you'll now be able to binge-watch shows like Transparent, Alpha House and many other of its Originals in 4K, and download a selection of Sony Movies titles (starting at a costly £14.99) via Amazon's store. You will, of course, be able to stream the same movies and TV shows on your regular HD set, but today's rollout might provide you with an incentive to upgrade during the post-Christmas sales.

In this article: amazon, hdpostcross, uk-feature
All products recommended by Engadget are selected by our editorial team, independent of our parent company. Some of our stories include affiliate links. If you buy something through one of these links, we may earn an affiliate commission.