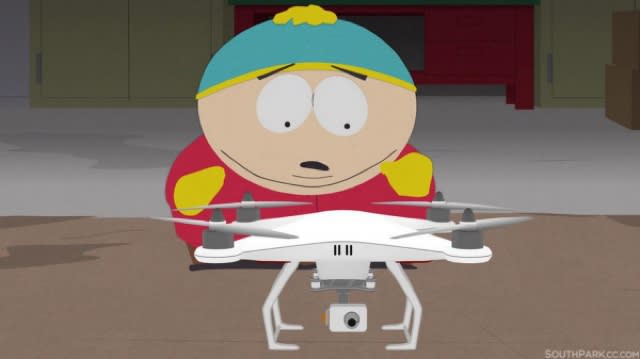 The Federal Aviation Administration was woefully underprepared for the rise of inexpensive drones, but now the agency is finally stepping up its safety game in preparation for a drone-heavy holiday season. The FAA, together with several unmanned aircraft vehicle (UAV) organizations, is kicking off a new safety campaign for newbie pilots dubbed "Know before you fly." It's filled with plenty of the same advice we've heard from the FAA over the past few years -- keep your UAV under 400 feet, don't fly near planes or other aircraft, and generally don't be a doofus -- but it's the first time the agency is making a concerted effort to educate consumers. The campaign, which includes a (poorly produced) video, a fact-filled website, and documentation for retailers to hand out, is mainly targeted at recreational drone users. The agency's widely criticized ban on commercial drones is still in effect, though it has opened the door for a few filmmakers, and it's currently fielding applications to use UAVs from other private companies.

While it's easy to roll your eyes at the FAA's precautions, they're a reminder that every drone operator should clock some practice time before they bring their new toy into the wild. The UAV market is a young one, and it's still far from mainstream acceptance. Don't be that person to crash your drone into a playground filled with innocent children and ruin things for the rest of us.

In this article: drones, FAA, UAVs
All products recommended by Engadget are selected by our editorial team, independent of our parent company. Some of our stories include affiliate links. If you buy something through one of these links, we may earn an affiliate commission.