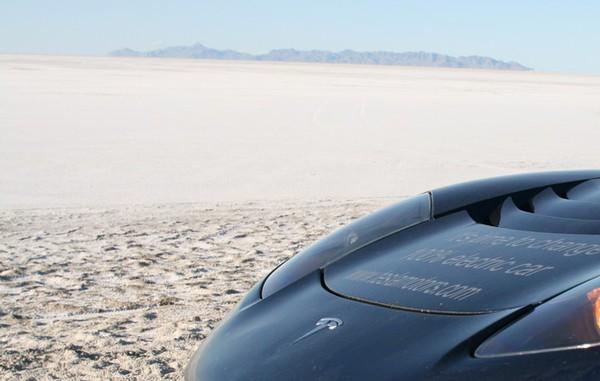 And here you thought only bad things happen on Christmas. Whereas most companies would avoid announcing good news on a day when no one is paying attention, Tesla CEO Elon Musk does things a bit differently. Musk just teased some news on Twitter about the company's Roadster line, saying a forthcoming upgrade would endow the car with a nearly 400-mile range -- enough to drive from LA to San Francisco without having to stop for a recharge. As you can imagine, one can only convey so much in a 140-character tweet -- Musk says he'll be back tomorrow with more details.

Update: Tesla has just spilled the beans on the update, and it seems the Roadster isn't just getting a new battery. The company's first-ever production vehicle is instead being furnished with a "Roadster 3.0" upgrade package that consists of the previously announced battery upgrade, an aerodynamics kit and improved tires. The aerodynamics kit improves the Roadster's drag by 15 percent, which will improve fuel efficiency. The new tires offer a 20 percent improvement in "rolling resistance," improving fuel efficiency further. Tesla says it's also making improvements to the wheel bearings and brake drag, which when combined with the other additions will improve range by 40 to 50 percent, giving the Roadster a 400-mile-plus range.

There's no word on when the 3.0 upgrade will be released -- or how much it'll cost -- and the package is currently described as a prototype. Tesla will demo the improvements in early 2015 by driving non-stop from San Francisco to Los Angeles, and says the upgrade won't be the last offered to owners of the now-discontinued Roadster.

In this article: elon musk, elonmusk, roadster, tesla, teslaroadster, transportation
All products recommended by Engadget are selected by our editorial team, independent of our parent company. Some of our stories include affiliate links. If you buy something through one of these links, we may earn an affiliate commission.