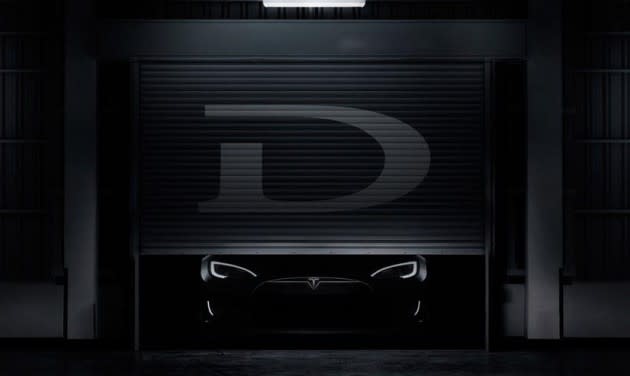 Did you think that Tesla was done with surprises this year after name-dropping the Model 3? Far from it. The company's Elon Musk has just teased the unveiling of what looks like another vehicle, the "D," on October 9th. There will also be "something else" in store, he says. Just what either of those entail is still a mystery, although Musk has previously hinted that the third generation of Teslas would involve both the long-expected "budget" sedan and an SUV smaller than the Model X. There's a real possibility that you'll hear about one or both of those EVs in a week's time.

Update: According to Musk, the interesting wording of his original tweet was unintentional, but interestingly he closed saying "Glad I didn't mention the other letter!"

About time to unveil the D and something else pic.twitter.com/qp23yi59i6

I love the Internet. Comments had me literally ROFL. No, it wasn't intentional. Glad I didn't mention the other letter!

In this article: car, electriccar, electricvehicle, ev, modeld, teaser, tesla, transportation
All products recommended by Engadget are selected by our editorial team, independent of our parent company. Some of our stories include affiliate links. If you buy something through one of these links, we may earn an affiliate commission.