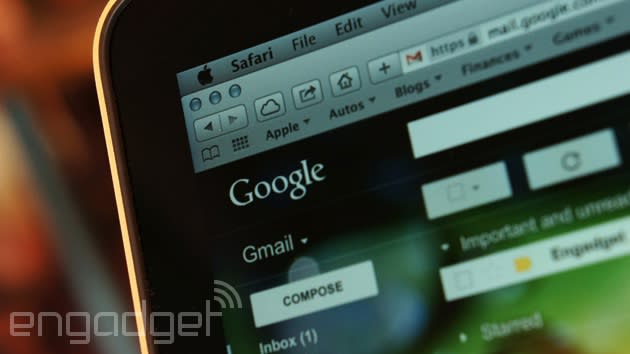 Many China-based Gmail users have discovered that they've been unable to access emails since the start of the weekend. According to GreatFire.org, a China-based freedom of speech group, many Gmail web addresses were blocked in China on Friday -- continuing three days later into today. Even Google's Transparency Report, showing real-time traffic to services like Gmail, shows activity plummeted last Friday. According to Reuters, a Singapore-based spokesman for Google said that there was "nothing wrong on our end." Also talking to Reuters, a Chinese Foreign Ministry spokeswoman said she did not know anything about Gmail being blocked, adding that the government remained committed to aiding overseas business:

""China has consistently had a welcoming and supportive attitude towards foreign investors doing legitimate business here. We will, as always, provide an open, transparent and good environment for foreign companies in China."

China's Great Firewall, while sophisticated, isn't perfect. Many companies and users dodge censorship by connecting through Virtual Personal Networks (VPN), which can offer up the version of the internet we get to see everywhere else.

In this article: block, censorship, china, gmail, google, great firewall
All products recommended by Engadget are selected by our editorial team, independent of our parent company. Some of our stories include affiliate links. If you buy something through one of these links, we may earn an affiliate commission.