Netflix’s CFO for the last eight years is stepping down 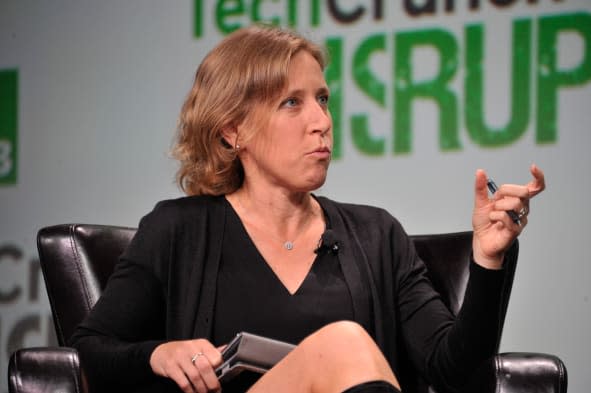 Introducing the new head of YouTube: Susan Wojcicki, former SVP of ads and commerce at Google, who boasts some serious connections in the tech sphere. Mountain View has confirmed the news, and the outgoing YouTube head Salar Kamangar will reportedly work on other projects within the company.

Truly, few Google employees can claim roots as legendary as Wojcicki's; she was hire number 16, who famously rented her garage in Menlo Park to founders Sergey Brin and Larry Page. Oh, and it just so happens that her sister, 23andme founder Anne Wojcicki, was married to Brin until late last year. Sound like a soap opera story line? Maybe so, but Susan's new role at YouTube could help strengthen the video service's ad revenue strategy. In an email statement shared with Re/code, Google CEO Larry Page said:

Salar and the whole YouTube team have built something amazing. YouTube is a billion person global community curating videos for every possibility. Anyone uploading their creative content can reach the whole world and even make money. Like Salar, Susan has a healthy disregard for the impossible and is excited about improving YouTube in ways that people will love.

"Improving YouTube" will likely entail new ad formats -- possibly some that move away from the TrueView in-stream commercials you're used to skipping after five seconds. With the TrueView model, advertisers only pay when their spots are viewed. YouTube reportedly brought in $5.6 billion in ad revenue last year, and Wojcicki will no doubt be focused on pushing up those numbers.

In this article: executive, google, susan wojcicki, youtube
All products recommended by Engadget are selected by our editorial team, independent of our parent company. Some of our stories include affiliate links. If you buy something through one of these links, we may earn an affiliate commission.