Would you ditch your MacBook Air for this thinner Windows detachable? 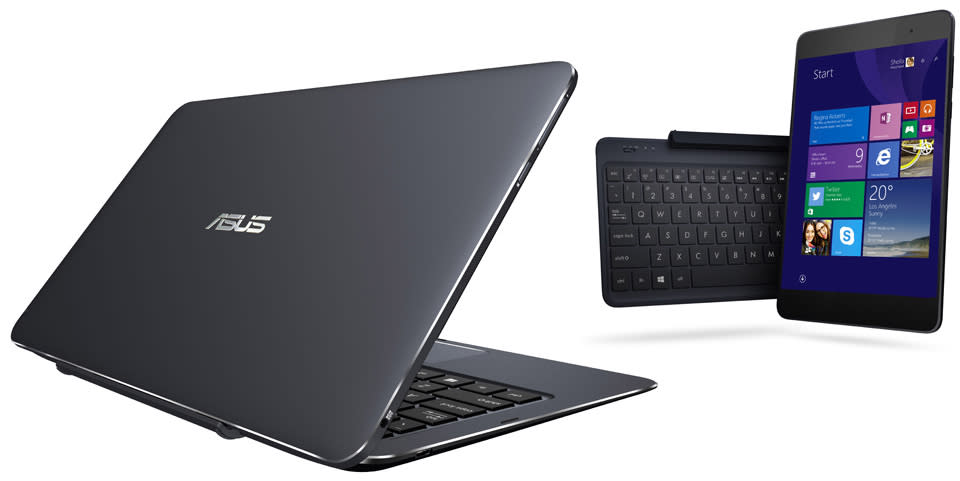 "Our Chi is thinner than Air."

That was how ASUS Chairman Jonney Shih opened his CES keynote today. If you're not following, what he meant was the super-slim ASUS Transformer Book T300 Chi that was teased at Computex. Well, the time has come. This 12.5-inch, all-aluminum convertible laptop is now confirmed to carry Intel's latest Broadwell Core M processor (the new 5Y71 or the already-available 5Y10) to enable its fanless design. And don't worry, it'll still have that sweet WQHD (2,560 x 1,440) IPS screen option on top of the 1080p base configuration, plus a 128GB iSSD to keep it running smoothly. However, there's been a subtle change: The device has managed to gain a little bulk over the last six months, going from 14.3mm (0.56 inch) docked or 7.3mm (0.29 inch) detached to 16.5mm (0.65 inch) and 7.6mm (0.3 inch), respectively. But hey, the docked unit is still slimmer than the MacBook Air by a mere 0.5mm, and given its ability to switch between form factors, we'd still be impressed even if they had the same thickness; and we can just as easily forgive the former's 70 grams of extra weight. In this article: 5y71, asus, broadwell, ces, ces2015, convertible, core m, corem, t100, t100 chi, t300, t300 chi, t90, t90 chi, transformer book chi, transformerbookchi
All products recommended by Engadget are selected by our editorial team, independent of our parent company. Some of our stories include affiliate links. If you buy something through one of these links, we may earn an affiliate commission.