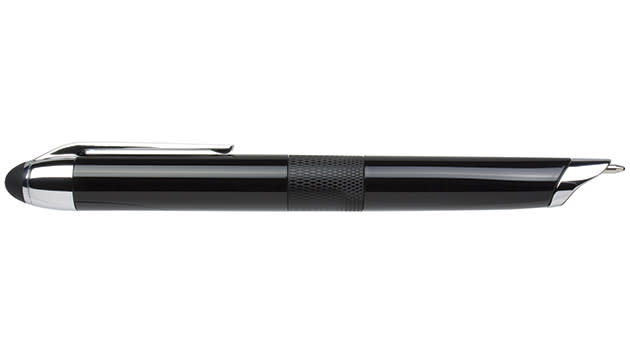 Starting this spring, Android users lusting after the Livescribe smartpen will no longer have to envy their iPhone- and iPad-toting peers. The company has finally developed a Livescribe+ app especially for Android, which will make Livescribe 3 compatible with select devices. Yup, it unfortunately won't work with every Android phone and tablet out there, only those running KitKat or higher with support for Bluetooth Low Energy peripherals. It retains the iOS app's features, so users can transfer handwritten notes recorded by the pens as digital text to their devices and sync audio recordings with those notes. But LiveScribe Director of Product Management Greg Wong says the app "is much more than a port" of the iOS version. "We've approached every aspect of this app," he said, "from the color palette to the user interface, to optimize for the Android platform and customer expectations."

In this article: android, ces2015, livescribe, livescribe3
All products recommended by Engadget are selected by our editorial team, independent of our parent company. Some of our stories include affiliate links. If you buy something through one of these links, we may earn an affiliate commission.