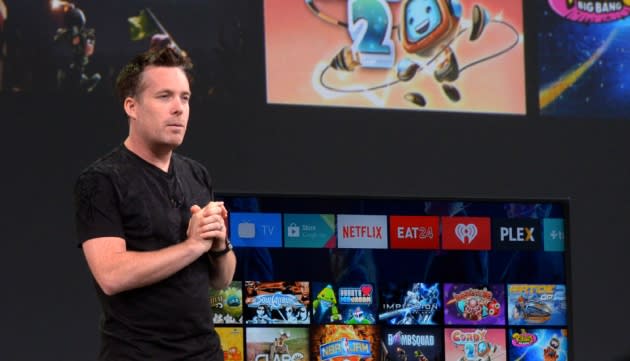 The writing has been on the wall since Android TV appeared last summer, but now it's official -- Google TV (and all the hardware that used it) is yesterday's news. Google gave developers confirmation that "most Google TV devices won't support the new platform," although a small subset of devices will be upgraded to the new Android 5.0 software. There's no word on exactly which ones are covered, but the team at Google will be focusing their efforts on Android TV and the Cast ecosystem. Old Google TV boxes will still work of course, but you can pretty much cancel any hope of further updates or continued support from future apps.

In this article: AndroidL, AndroidTV, ces, ces2015, google, GoogleTV, hdpostcross, RIP
All products recommended by Engadget are selected by our editorial team, independent of our parent company. Some of our stories include affiliate links. If you buy something through one of these links, we may earn an affiliate commission.