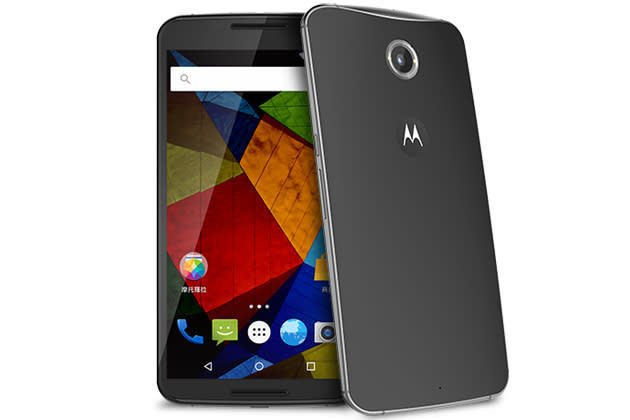 After Lenovo's acquisition, it's a given that Motorola Mobility would eventually be making a comeback in China; and now we have confirmation of this, along with the announcement of a new, but familiar-looking model. After the Chinese New Year holidays (so toward the end of February), the phone maker will be launching the Moto X Pro, which is basically a rehashed Nexus 6: 6-inch QHD display, 2.7GHz quad-core Snapdragon 805, front-facing stereo speakers, a 13-megapixel main camera and a 3,220mAh battery. Interestingly, the Moto X Pro will be running on pure Android, but it'll obviously be lacking Google services as per local regulations. The latest Moto X and Moto G will also be headed to China, with the former launching in early February (with Moto Maker going live after the Chinese New Year), and the latter around the same time as the Moto X Pro.

In this article: android, breaking news, CES, ces2015, lenovo, mobilepostcross, moto g, moto maker, moto x, moto x pro, motorola, motoxpro, nexus 6, phone
All products recommended by Engadget are selected by our editorial team, independent of our parent company. Some of our stories include affiliate links. If you buy something through one of these links, we may earn an affiliate commission.