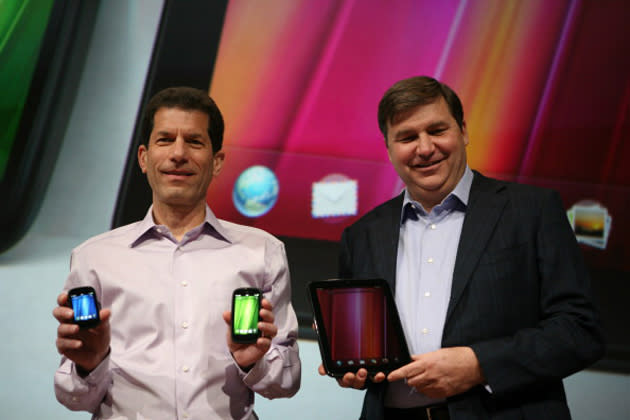 Prepare to be transported back to 2005. Chinese electronics maker TCL (which sells smartphones around the world as Alcatel OneTouch) announced earlier today that it's reviving the venerated Palm brand in the form of a new US subsidiary. That's right, folks: It might not be long until you've got a shiny new Palm smartphone in your pocket. To be clear, though, this new/old venture retains basically none of the original's DNA. Palm's giant vault of patents? It's been hacked apart and sold off in bits and pieces to big-time bidders. And webOS, the platform a naïve company banked its smartphone future on? It was open-sourced and eventually acquired by LG, who's now throwing it on smart TVs and maybe a smartwatch if we're lucky.

Still, TCL has said that it'll commit to retaining Palm's roots as a "Silicon Valley" company, even though the definition has probably drifted a bit since the days that term was really in vogue. Exactly what that means is up to you, the user: The company said in a statement that it's looking for feedback from the once-dedicated Palm crowd for future devices, though we really have no clue when TCL plans to make good on its word. Here's the thing, though: TCL has already made some pretty big strides in growing the reach and clout of its Alcatel brand (thanks largely to its really-kind-of-nice smartphones). It's even trying to pump up its presence in the US by partnering up with The Color Run and Avicii. Is TCL shooting itself in the foot by bifurcating its phone business? Maybe! Palm's long-neglected devotees probably won't mind as long as they get a device to stick next to their Pre 3s, though.

In this article: alcatel, california, ces, ces2015, mobilepostcross, palm, palmos, tcl
All products recommended by Engadget are selected by our editorial team, independent of our parent company. Some of our stories include affiliate links. If you buy something through one of these links, we may earn an affiliate commission.