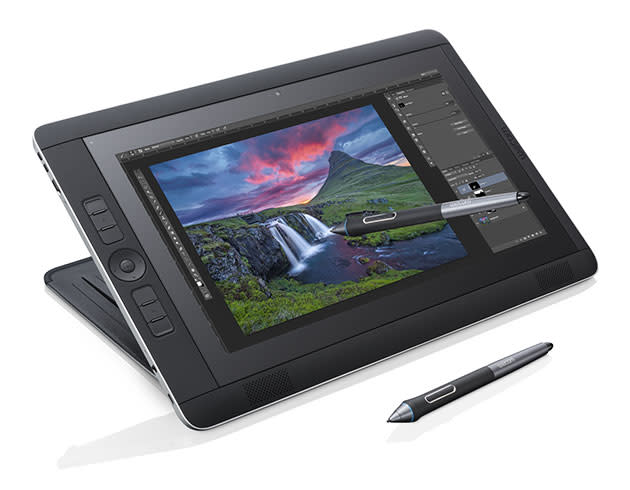 Back in 2013, Wacom debuted a pair of standalone tablets that doubled as pen displays for both Android and Windows 8. At the time, that latter model, the Cintiq Companion, started at $1,499. For 2015, though, the company has added more configurations, and knocked $200 off the price. Just like its predecessor, the new Cintiq Companion 2 doubles as a handy pen display when you're working at home, pairing with either a Windows PC or Mac via the Wacom Connect app. And when you're on the go, the device serves as a full-fledged Windows tablet (even though it's a bit of a load), running Photoshop and other design apps, with a 13.3-inch, 2,560 x 1,440 display providing the screen real estate to do so. Similar to Wacom's stationary devices, the Cintiq Companion 2 also brings those useful ExpressKeys, Pro Pen, touch gestures and more to round out the hands-on workflow.

In this article: ces, ces2015, cintiqcompanion2, design, pendisplay, stylus, tablet, wacom, wacomcintiqcompanion2, windows, windows8
All products recommended by Engadget are selected by our editorial team, independent of our parent company. Some of our stories include affiliate links. If you buy something through one of these links, we may earn an affiliate commission.