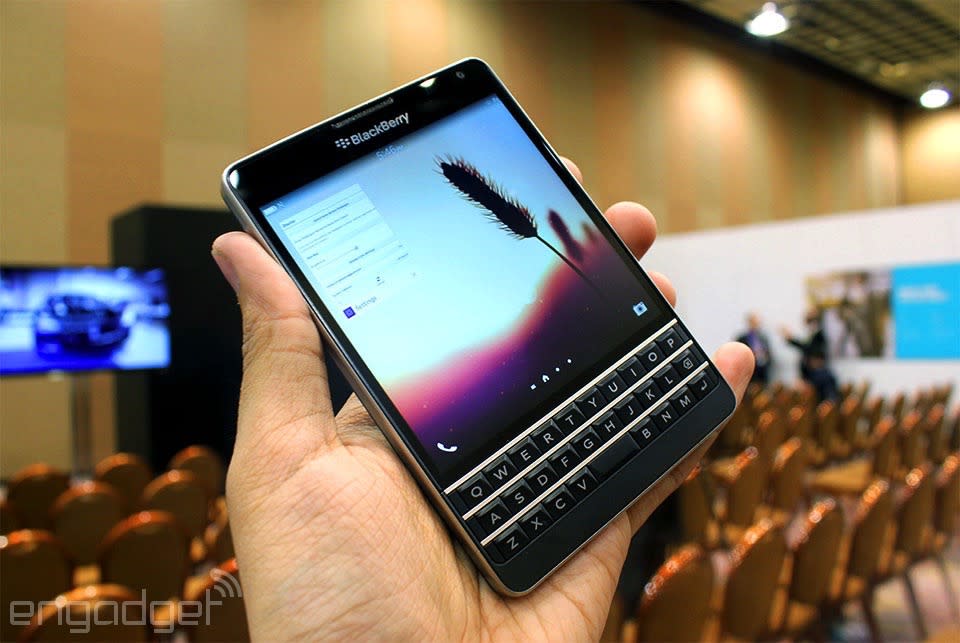 Love the idea of BlackBerry's extra-wide Passport, but wish its ergonomics were a little better suited to your hands and pockets? You'll want to pick up the newly announced AT&T version, then. This first (and only, since it's exclusive) US carrier model both rounds off the corners and adds a more pronounced chin that could make it easier to type -- sadly, though, this doesn't bring a fourth row of hardware keys. It's otherwise the same oddball BlackBerry you've come to know, including that signature square 4.5-inch display, a reasonably speedy Snapdragon 801 processor, 32GB of storage, a 13-megapixel rear camera and a 2-megapixel front cam. AT&T hasn't pinpointed an exact release date, but its Passport will be available for $200 on-contract, $22 per month on a Next 24 plan or $650 up front.

Oh, and AT&T has finally nailed down the cost of its variant of the BlackBerry Classic, too. There's still no firm launch schedule, but the Classic will sell for $50 on-contract, $14 per month on Next 24 and $420 outright. It's identical on the outside to its international peers, so you're still looking at a 3.5-inch display, a dual-core 1.5GHz Snapdragon chip, 16GB of space, an 8-megapixel rear cam and a 2-megapixel front shooter.

In this article: att, blackberry, blackberry10, ces, ces2015, classic, mobilepostcross, passport, smartphone
All products recommended by Engadget are selected by our editorial team, independent of our parent company. Some of our stories include affiliate links. If you buy something through one of these links, we may earn an affiliate commission.