Become a history buff with this streaming service 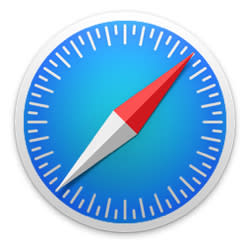 Kids just grow up so quickly... On January 7, 2003, Steve Jobs announced at Macworld San Francisco that Apple had developed its own web browser called Safari. On that day, the first beta version was released. Apple based Safari 1 on its internal fork of the KHTML rendering engine known as WebKit.

Four years later, almost to the day on January 9, 2007, Jobs announced the iPhone and noted that it would use a mobile version of the Safari browser. Six months later, at the 2007 WorldWide Developers Conference, Jobs announced Safari 3 for Mac OS X v10.5, Windows XP and Windows Vista. At the time, Safari 3 was the fastest web browser for Windows. Of course, the company has since dropped support for Windows.

The latest iteration of OS X Safari is version 8, released with OS X 10.10 Yosemite. It includes WebGL support for native 3D browser experiences; IndexedDB, which allows structured data to be cached client side and store data for web applications; JavaScript Promises, which lets JavaScript authors to work with asynchronous programming patterns more easily; CSS Shapes and Compositing, which means that websites can flow text around images and geometry shapes; SPDY, an open protocol websites can adopt for speeding up page loads and improving security; and HTML5 Premium Video, to deliver encrypted and energy-efficient video to the browser.

We can't wait to see what happens to Safari when it becomes a teenager next year... Meanwhile, here's the announcement of Safari at Macworld in 2003.

In this article: history, iOS, OS X, safari, web browser, webkit
All products recommended by Engadget are selected by our editorial team, independent of our parent company. Some of our stories include affiliate links. If you buy something through one of these links, we may earn an affiliate commission.