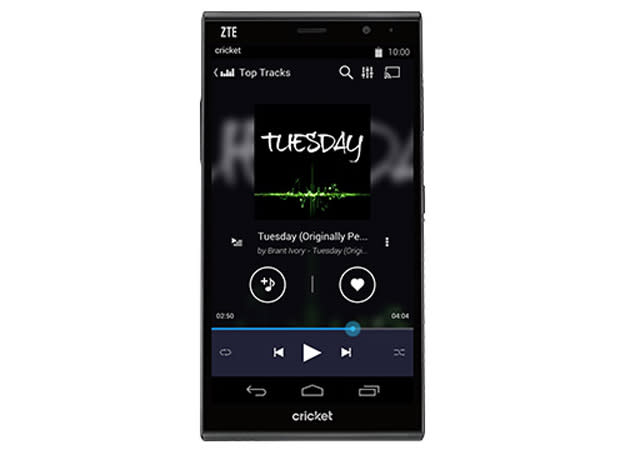 Heard any good tunes on Cricket's Muve Music lately? No? We won't blame you. While the all-you-can-listen service has been easy to get on Cricket's phones, it's not all that compelling when powerful alternatives like Rdio and Spotify exist. However, you'll soon have a good reason to use the budget carrier's app of choice -- Deezer just bought Muve Music, and Cricket is unveiling an exclusive deal that brings Deezer's streaming music service to US phones for the first time. If you're a Cricket customer, you can subscribe to Deezer's unlimited access plan for $6 per month instead of the $10 you typically pay for rivals. That's a good enough bargain that even Google Play Music's $8 promo plan looks a tad expensive by comparison.

The Deezer option will be available by January 31st. We've reached out to learn how long Muve Music will keep going, but there are already strong incentives to leave it behind. You'll get four months of Deezer if you switch from Muve, and your free trial will last an extra two months (3.5 months total) if you also jump from an old CDMA phone to one that works on Cricket's newer, AT&T-based network. In short, you'll probably want to go with Deezer sooner than later.

In this article: att, cricket, deezer, mobilepostcross, music, prepaid, smartphone
All products recommended by Engadget are selected by our editorial team, independent of our parent company. Some of our stories include affiliate links. If you buy something through one of these links, we may earn an affiliate commission.