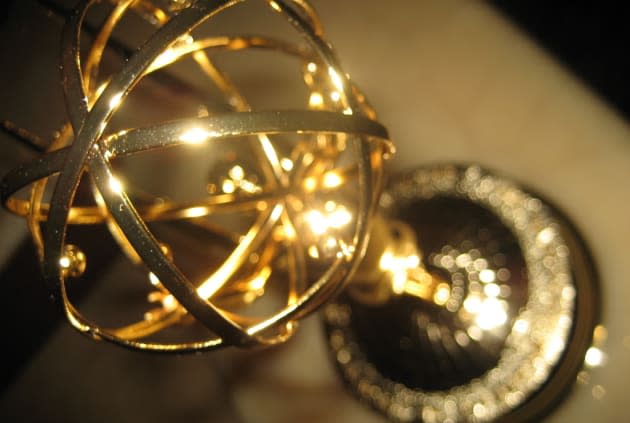 Twitter has just won an Emmy award. Yup, you read that right: the microblogging site has scored itself an atom-toting statuette, though nobody's dressing up in a blue bird costume and walking down the red carpet to accept it (probably). What the company won is a technology and engineering Emmy for -- this is quite a mouthful -- Innovation in Improving Engagement Around Television in Social media. Tech Emmy committee chairman Robert P. Seidel says they're recognizing "companies and individuals whose innovation and vision have materially affected the way the audience views television and have set the standard for technological excellence in the industry."

See, while Twitter's reach isn't as extensive as Facebook's, you've likely seen how broadcasters, PR teams and celebs use it to drum up interest in new TV shows and movies. Just think of how often you see a hashtag campaign take over the list of trending topics, or how some apps recommend what to read or watch based on what's hot on the website. Many news programs now show Twitter feeds on screen to air ordinary people's opinions, while films and series feature characters tweeting on their devices. The social network isn't the only victor at this year's tech Emmy's that you'll recognize, though. Other famous winners include HBO and Netflix for their second screen offerings, as well as Apple, Roku, Microsoft, Sony and TiVo for Television Enhancement (aka streaming) Devices. Their awards will be presented later today, January 8th, at CES (the Bellagio Hotel, in particular) in Las Vegas.

In this article: awards, CES, ces2015, emmy, SocialMedia, SocialNetworking, technicalemmy, tv, twitter
All products recommended by Engadget are selected by our editorial team, independent of our parent company. Some of our stories include affiliate links. If you buy something through one of these links, we may earn an affiliate commission.