How to be a Macworld Booth Babe or Bouncer Boy 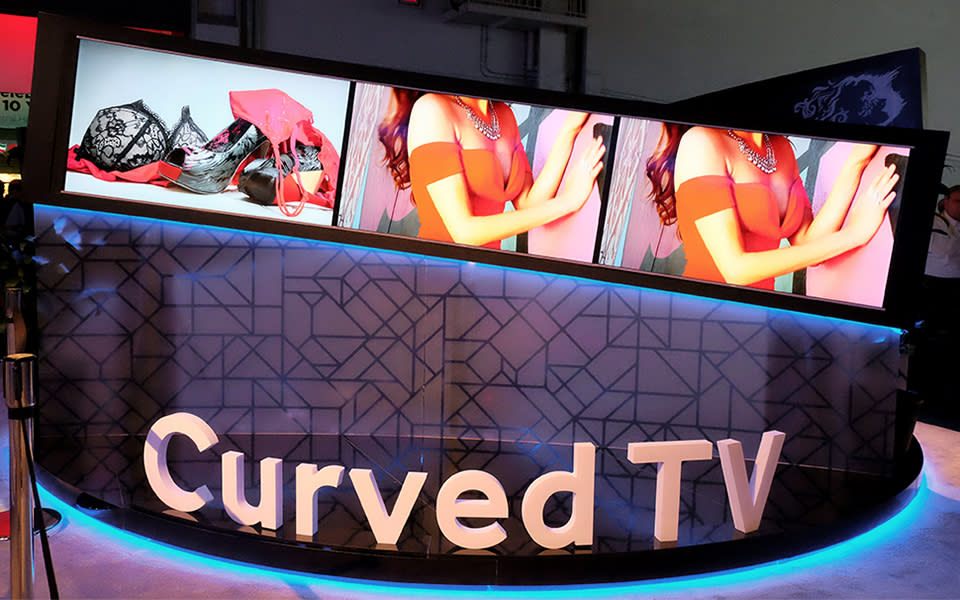 I can think of hundreds of brands I'd rather write about than Haier. It's a second-tier manufacturer that creates functional, but uninspiring products. But after walking through its booth yesterday on the way to the Engadget stage, I noticed something worth writing about.

Booth babes have been a fixture of CES ever since the show started in the '60s, and in recent years they've guided bewildered buyers and journalists through Haier's eclectic mix of HaiPads, TVs and wireless blenders. At CES 2015, there are no alluring women to be seen, but as much as I'd love to be able to praise Haier for halting the practice, I can't. Instead, Haier has found a horrible new way to use attractive women to market its products. Digital booth babes.

The vast majority of TVs at Haier's booth -- and there are a lot of them -- are looping a bizarre series of vignettes that resemble a commercial for a phone sexline. These are often shown alongside more common loops of landscapes, food and clothes -- the women on screen are simply portrayed as another type of beautiful object to show off Haier's display tech.

It's worth noting that Haier's direct competitors -- TCL, Changhong, Hisense, etc. -- are all using high-resolution imagery of fields and flowers to show off their displays' capabilities, rather than grainy sexline B-roll.

Writing as a middle-class white man, it's not easy to grasp the ramifications of Haier's blasé objectification of women. I know that it's targeted at me, and that makes me uncomfortable. I know that, in many cases, this attention-grabbing tactic actually works. My awkward attempts to film the booth were regularly interrupted by (exclusively male) CES attendees taking photos and videos of the women on their phones. A scroll through the anonymous communication app Secret -- which has created a special "CES 2015" section for the week -- reveals that misogyny is rife among the buyers, exhibitors, VCs and journalists that attend the show. Sure, there are legitimately funny and insightful posts to be found on the app, and perhaps the majority of entries are people looking for freebies and information on the lavish parties that happen after-hours -- but there are tons of people commenting on booth babes or wondering "where the girls at?" It's easy to see who Haier's video loops are aimed at.

There's no quick fix for gender inequality in tech -- a cursory glance at our masthead will tell you Engadget has a very long way to go itself. While it's true that Haier is an egregious example, it's far from the only offender.

Conrad Muan contributed to this report.

In this article: booth babes, CES, CES2015, haier
All products recommended by Engadget are selected by our editorial team, independent of our parent company. Some of our stories include affiliate links. If you buy something through one of these links, we may earn an affiliate commission.