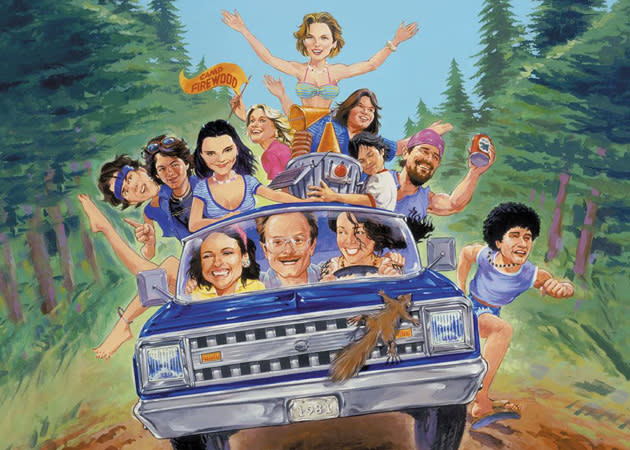 Netflix's first shot at resurrecting a cult hit production wasn't exactly flawless. However, it's apparently not afraid to give this everything-old-is-new-again strategy another try. Both Deadline and the Hollywood Reporter claim that the streaming video service has started filming a follow-up to Wet Hot American Summer that would turn the 2001 camp comedy into an eight-episode limited series. Moreover, it'll reportedly include "virtually" all the original cast -- that means Amy Poehler, David Hyde Pierce, Molly Shannon and more. Netflix isn't confirming any plans, but the company's Ted Sarandos already hinted that the service is "really excited" about the possibility of a Wet Hot revival. Don't be surprised if you hear a lot more about this '80s nostalgia piece in the months ahead.

In this article: hdpostcross, internet, movie, movies, netflix, streaming, television, tv, usafilms, video, wethotamericansummer
All products recommended by Engadget are selected by our editorial team, independent of our parent company. Some of our stories include affiliate links. If you buy something through one of these links, we may earn an affiliate commission.