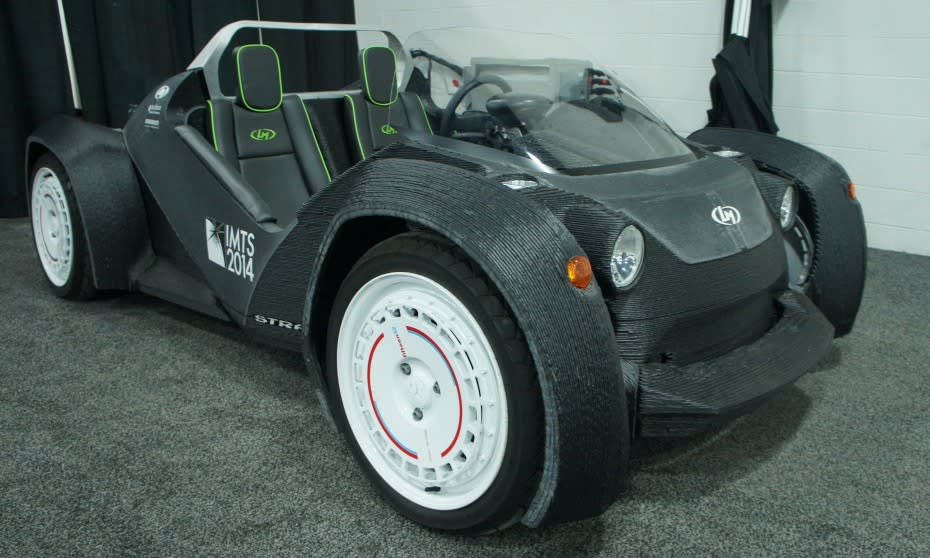 Local Motors already pulled off its "3D print a car on the tradeshow floor" stunt once, so of course it's doing it again at the North American International Auto Show in Detroit, MI. This time however, the Strati that it's building is production-ready (a mid-model refresh, it says), as Local Motors plans to launch two new micro-factories. One is set for Tennessee and the other will be in Washington DC, apparently ready to deliver vehicles later this year. If you're not familiar with the process, Local Motors prints just about everything it can, including the frame, exterior and some interior features, before plugging in the wiring, suspension, motor etc. that are sourced from the Renault Twizy. The company still isn't ready to talk price, but it wants to shorten the production process from its current 44-hour length to just about 24 hours.

In this article: 3dPrinting, car, localmotors, naias2015, strati
All products recommended by Engadget are selected by our editorial team, independent of our parent company. Some of our stories include affiliate links. If you buy something through one of these links, we may earn an affiliate commission.