The Panama Papers, a breach we can all get behind

The UK government is getting its own 'Air Force One' 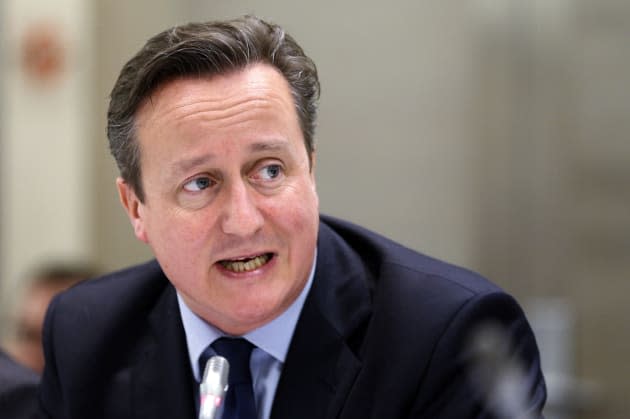 In the wake of the recent terror attacks in Paris, the UK Prime Minister David Cameron has called for stronger legislation against secure forms of communication. Encryption wasn't specifically mentioned, instead the Conservative party leader reaffirmed his stance with a question: "Do we want to allow a means of communication between people which, even in extremis, with a signed warrant from the home secretary personally, we cannot read?" Cameron pressed forward with the argument that terrorists are using these protected methods of communication and that the UK government, with fresh legislation in 2016, should be able to monitor them. "Are we going to allow a means of communication where it simply isn't possible to do that? My answer to that is, no, we must not," he said.

The remarks suggest that Cameron wants to outlaw end-to-end encryption in the UK. If so, the British government could (depending on the detail of the legislation) effectively ban privacy-conscious messaging apps like WhatsApp, iMessage and Snapchat. That is, unless those companies change their services, or provide some sort of backdoor for authorities to read people's conversations. Dropping encryption altogether would, of course, make communications data less secure and lead to companies being more susceptible to cyber attacks. Although the UK is by no means the largest market, it could also discourage developers from developing privacy-focused services. More likely, however, is that it would push developers to move their operations outside of the UK, or simply pull their services in the region -- leaving them unaltered in other markets.

Any government restrictions on encryption could, in theory, affect other services too, such as secure web browsing and gaming. Even now, the UK has laws in place that require citizens to decrypt their personal data, or hand over decryption keys, should the government request access with a court order. Any refusal carries a two-year penalty, although if the request relates to national security, it can be increased to five.

The desire to create new legislation could also imply that the UK Prime Minister is keen to resurrect the Draft Communications Data Bill, commonly referred to as the Snooper's Charter. The bill would have required companies to retain basic data about their users' communications, such as the numbers people called and when they called them, for at least 12 months. It didn't include the "content" of the conversations themselves, but the Liberal Democrats have been clear about their ongoing opposition to the bill. Instead, the government (with the backing of all three major parties) rushed in a different piece of legislation called the Data Retention and Investigatory Powers Act, which emphasizes the metadata that companies need to retain by law. It's a stop-gap measure though -- the bill will be terminated in 2016, which is why Cameron wants to introduce new legislation.

The Deputy Prime Minister and Liberal Democrat leader Nick Clegg restated his opposition to the Snooper's Charter today, and, by extension, stood against Cameron's fresh proposals to clamp down on secure communications. Of course, for any of this to happen the Conservative party first needs to win the 2015 general election scheduled for May. Even then, Cameron's proposals will likely face the same level of opposition as the original Snooper's Charter. Effectively banning end-to-end encryption will likely anger a significant portion of the electorate, but the UK Prime Minister will be hoping the recent terror attacks can add weight to the argument that stronger surveillance powers are needed.

In this article: david cameron, encryption, government, secure communications, Snoopers Charter, surveillance
All products recommended by Engadget are selected by our editorial team, independent of our parent company. Some of our stories include affiliate links. If you buy something through one of these links, we may earn an affiliate commission.