This album comes on 12 'dead' formats including MiniDisc 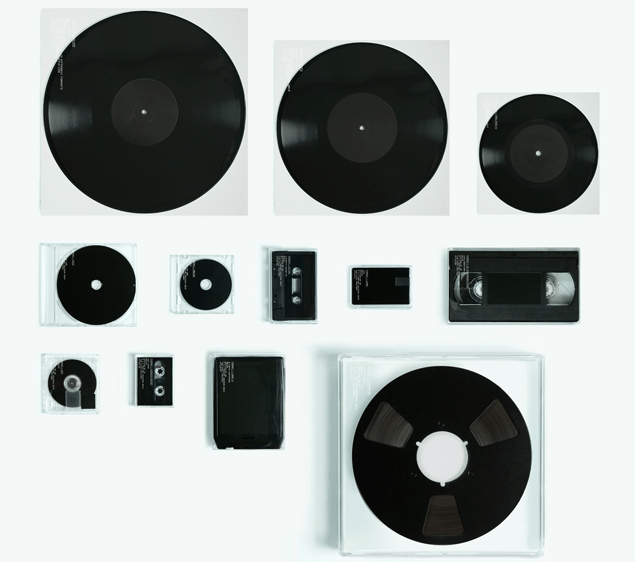 We've reached the point where even the less than perfect ideas of years past are being mined for nostalgia. No, I'm not talking about acid washed denim's resurgence (ugh, why?), but that of derided music mediums like the MiniDisc and 8-track. Next month, British musician and producer Trevor Jackson's experimenting with Format, an album spanning 12 different err... formats, each with one song per physical object. Meaning, the release is going to be spread across three sizes of vinyl (12, 10 and 7-inch), CD and mini CD, reel-to-reel, USB, cassette, VHS, MiniDisc, DAT and 8-track. It isn't exactly practical, but it represents another way that artists are expanding beyond a box-standard MP3 download to get their music out to fans. Format's not quite the most outlandish example we've seen, OK Go's DNA album still holds that title, but it's still pretty cool when you stop to think about it. How's that? Well, it chronicles the varying forms of physical media that music's graced over the years.

The album releases by way of The Vinyl Factory -- the label perhaps best known for housing Massive Attack and Pet Shop Boys, among others -- and is comprised of remastered and re-edited tracks from Jackson's deep archives. If you can't scrounge up all the necessary equipment to listen to it, don't worry: the album'll release digitally and on vinyl in March.

In this article: 8Track, cd, format, hdpostcross, london, minidisc, music, ReelToReel, thevinylfactory, trevorjackson, vinyl
All products recommended by Engadget are selected by our editorial team, independent of our parent company. Some of our stories include affiliate links. If you buy something through one of these links, we may earn an affiliate commission.