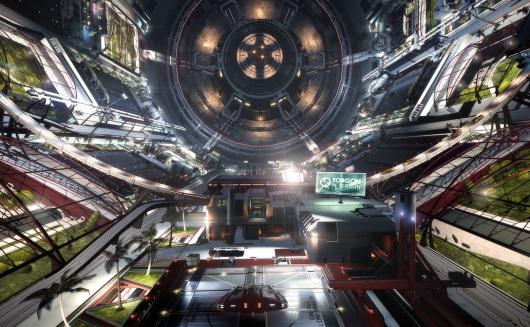 In a development post released today, Elite: Dangerous Executive Producer Michael Brookes laid out Frontier's plans for the game's inbound major updates following the tiny 1.05 patch this morning. Update 1.1 is set to enter beta the first week of February, Brookes says, and will focus on mechanics for player collaboration and route planning. Who gets to join that beta?

Currently beta testing will be available for those who already have beta access for the main game. For players participating in the beta tests there will be a separate mechanism for playing so testing does not affect your game and that you can continue to play the retail version as well. Options for players currently without beta access to be able to purchase beta access will be available. Details will be made available nearer the time. Depending on how the update Betas go in test, we expect them to be released to everyone a week or so after the Beta release.​

Brookes also teased E:D's upcoming paid DLC as well as the multiplayer-focused 1.2 update, the beta for the latter of which is expected in March.
In this article: beta, beta-test, beta-testing, dangerous, david-braben, dlc, elite, elite-dangerous, expansion, frontier, frontier-developments, internet-spaceship, kickstarter, michael-brookes, patch, sandbox, sci-fi, space, spaceships, testing, update
All products recommended by Engadget are selected by our editorial team, independent of our parent company. Some of our stories include affiliate links. If you buy something through one of these links, we may earn an affiliate commission.