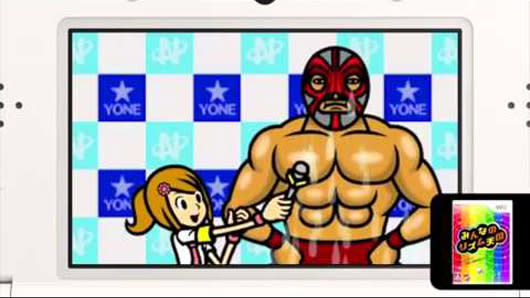 Nintendo fans in Japan saw a slightly different Nintendo Direct presentation earlier this week than their compatriots in North America and Europe, as the company revealed a handful of upcoming Japanese games that are unlikely to see release elsewhere in the world.

A new Style Savvy sequel is also in the works, following up on predecessor games released stateside on the DS and 3DS. Girls Mode 3, as it's called in Japan, will offer fashion-focused gameplay that challenges players to manage their own boutique and create ensemble outfits for picky customers.

Games omitted from the North American and European Nintendo Direct presentations are not currently scheduled for release in either region.

[Video: Nintendo / NintenDaan]
In this article: 3ds, box-boy, girls-mode-3, hako-boy, nintendo, rhythm-heaven, rodea-the-sky-soldier, style-savvy, the-legend-of-legacy, wii-u
All products recommended by Engadget are selected by our editorial team, independent of our parent company. Some of our stories include affiliate links. If you buy something through one of these links, we may earn an affiliate commission.