Alphabet's Loon could provide internet in Kenya this year 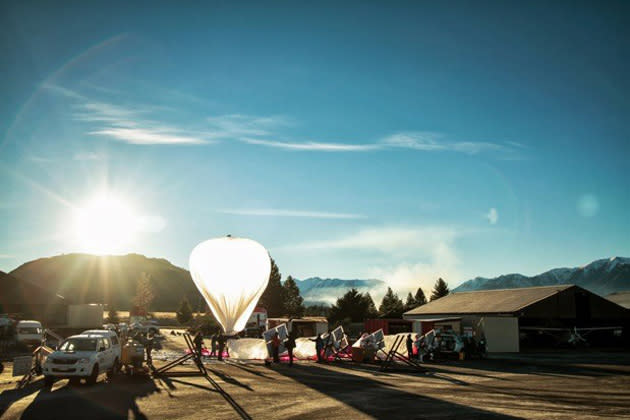 Google's internet-by-air effort, Project Loon, isn't necessarily limited to countries where data coverage is frequently spotty; it might be headed to the US, too. The search firm recently sent a letter to the FCC suggesting that potentially available high-frequency spectrum (above 24GHz) should be handy for providing "broadband access via airborne platforms" like balloons and drones, not just on-the-ground networking. In other words, it's open to deploying Project Loon stateside beyond limited test runs.

This doesn't amount to a launch roadmap, and Google isn't commenting on the letter. However, the idea is technically feasible. Improvements to wireless technology have made ultra-wideband wireless useful for networking where it was previously restricted to very short-range uses, like PC peripherals. The FCC will still have to parcel out these frequencies before companies like Google can even consider using them. All the same, the letter hints at a future where rural Americans don't have to lean on expensive satellite connections (or get lucky with cable, DSL and fiber rollouts) to receive high-speed internet access.

In this article: balloon, drone, fcc, google, internet, networking, projectloon
All products recommended by Engadget are selected by our editorial team, independent of our parent company. Some of our stories include affiliate links. If you buy something through one of these links, we may earn an affiliate commission.