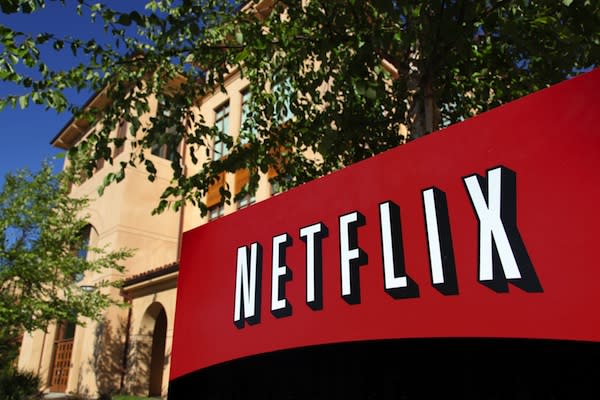 In the midst of Netflix's Q4 financial report (if you're wondering - it added the expected amount of subscribers this time, unlike Q3) it revealed a few things viewers will actually be interested in. First of all, it's going to have The Interview available for streaming to US and Canadian subscribers starting Saturday. That puts the Sony Pictures flick on streaming just about a month after its unconventional Christmas Day theater / video on demand launch that netted $40 million online, and ahead of its Blu-ray release February 17th.

Also, its first movie Crouching Tiger, Hidden Dragon II: The Green Destiny is scheduled to debut everywhere on August 26th, hitting "select" IMAX screens at the same time it premieres on Netflix. That's part of an original content push that will bring 320 hours of original series, films, documentaries and stand-up comedy to the service this year -- triple the amount it had in 2014 (bookmark the list of premiere dates posted here). As usual, Netflix is broadcasting its earnings call live on YouTube, and you can watch it after the break.

Update (1/24): And here it is, now you can watch The Interview on Netflix.

If you live somewhere that doesn't have Netflix yet, then you should know its report claims "we now believe we can complete our global expansion over the next two years." There's no word on exactly where that includes but it's going to go from 50 countries to 200, and is exploring "modest" options when it comes to China. For now, it's gearing up to launch in Australia and New Zealand with "additional major countries" on deck for the rest of the year. Netflix added 4.33 million streaming customers in Q4 (1. 9 million in the US), and closed the year with 57.4 million customers worldwide.

In this article: earnings, financials, hdpostcross, netflix, q42014, TheInterview, video
All products recommended by Engadget are selected by our editorial team, independent of our parent company. Some of our stories include affiliate links. If you buy something through one of these links, we may earn an affiliate commission.