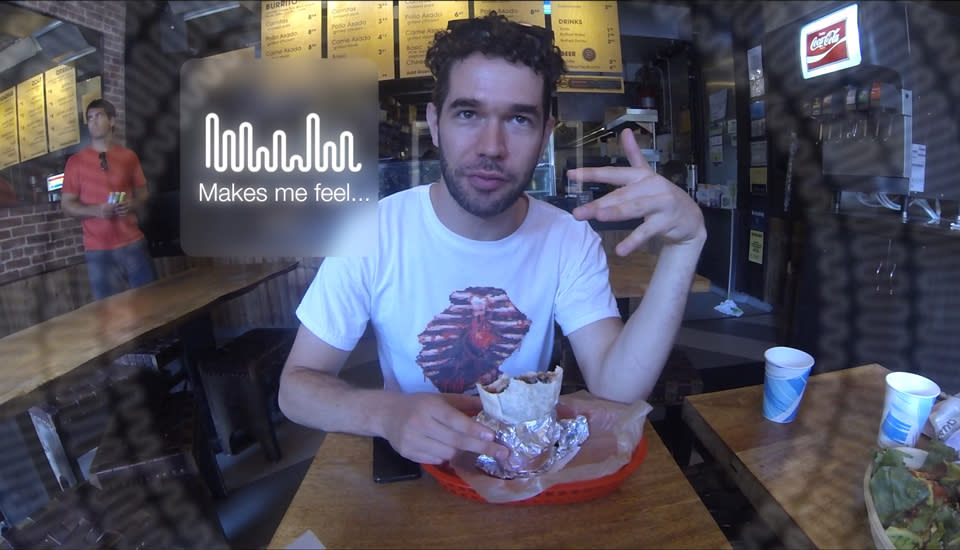 One episode of beloved sitcom Community features a pair of developers who build an app that enables people to give their human interactions a score out of five. In the show, the idea quickly turns dystopian, but is there something in the idea that an app can teach you which of your friends you shouldn't be hanging out with? That's the concept behind pplkpr -- peoplekeeper -- software that behaves like a food diary, but for your social life.

Once you've downloaded it to your iOS device and plumbed in your Facebook contacts, whenever you're about to meet, or have just left someone, you can tell pplkpr how they made you feel. For instance, if I were to meet my (entirely theoretical) colleague Aaron for a drink, I could then tell pplkpr how angry, bored or aroused I feel. It's not a particularly specific system, which is why you can also pair the app to a heart-rate sensing device that'll monitor your social vitals in real time.

After a while, of course, the system begins to pick up on trends, telling you to spend more time with a friend that makes you happy and spending less time with others. The first test for the app has already taken place, too, at Carnegie Mellon University, where eight students toting Mio LINK wristbands let pplkpr control their social lives. When the students were asked afterward, one candidly revealed that she'd been spending too much time with someone who turned out to be "kind of a dick." Admittedly, another did reveal that he was a bit of a dick by suggesting that he was "using the app as justification for not hanging out." Just remember folks, that you can't use your smartphone as an excuse to turn down a social engagement -- you still need to provide a convincing excuse.

If this all sounds a bit crazy, then it may reassure you to know that it was created by artist / programming duo of Kyle McDonald, co-creator of Conversnitch, and Lauren McCarthy. The pair created the platform both to determine if software could make better interpersonal decisions than people, but also to ask questions about how that data is used. If you don't have such qualms, and are just curious as to how many of your friends you should be hanging around with, then you can grab pplkpr from the app store right now.

In this article: apple, KyleMcDonald, LaurenMcCarthy, peoplekeeper, pplkpr
All products recommended by Engadget are selected by our editorial team, independent of our parent company. Some of our stories include affiliate links. If you buy something through one of these links, we may earn an affiliate commission.