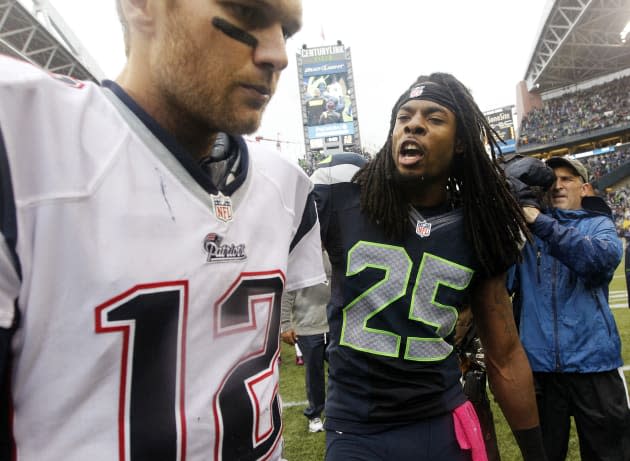 In what has become a tradition since 2012, the Super Bowl will be streamed online again this year. The kind gesture, which is free of charge to anyone in the US, comes courtesy of NBC -- the network that started the trend of livestreaming The Big Game. For Super Bowl XLIX, set to take place on February 1st in Arizona, NBC plans to have an 11-hour block of video coverage over the internet, including pre-game analysis, the popular halftime show and an all-new episode of the prime-time series The Blacklist. As Variety points out, the Peacock channel intends to heavily promote its TV Everywhere efforts during the stream, hoping to drive demand for services like the NBC Sports Live Extra app -- one that typically requires a pay-TV login.

Online viewers can watch Super Bowl XLIX, between the Seattle Seahawks and New England Patriots, on NBC's website as well the Sports Live Extra application. The latter option, however, is only going to be available for tablets, since Verizon owns the rights for smartphones streams via the NFL Mobile app. For people overseas, NFL GamePass could be a solution, both for live or on-demand streaming, but you'll have to pay a small fee if that's how you plan to consume the biggest game of the season.

In this article: Football, Halftime Show, hdpostcross, livestream, NBC, NFL, Sports, Super Bowl, Super Bowl XLIX, SuperBowl
All products recommended by Engadget are selected by our editorial team, independent of our parent company. Some of our stories include affiliate links. If you buy something through one of these links, we may earn an affiliate commission.