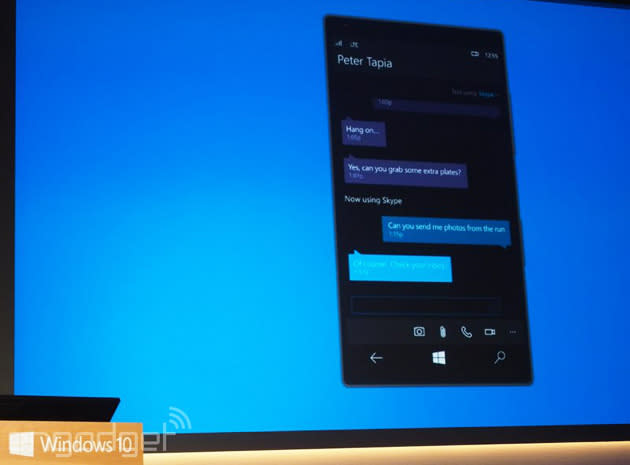 If you're tired of jumping between multiple messaging apps to stay in touch with others, you may want to get Windows 10 when it shows up. Microsoft has revealed that the new Windows messaging client can integrate multiple internet-based services, creating a single conversation for each person regardless of the apps they use. Think of it as a parallel to the unified chat feeds in Apple's Messages app or Google's Hangouts, except that you're not limited to a handful of online providers. Developers will no doubt need to add support (you shouldn't expect WhatsApp or Line to magically appear), but this is a big deal if you're a social butterfly.

In this article: chat, messaging, microsoft, mobilepostcross, operatingsystem, os, skype, smartphone, software, voip, windows, windows10, windows10event2015
All products recommended by Engadget are selected by our editorial team, independent of our parent company. Some of our stories include affiliate links. If you buy something through one of these links, we may earn an affiliate commission.