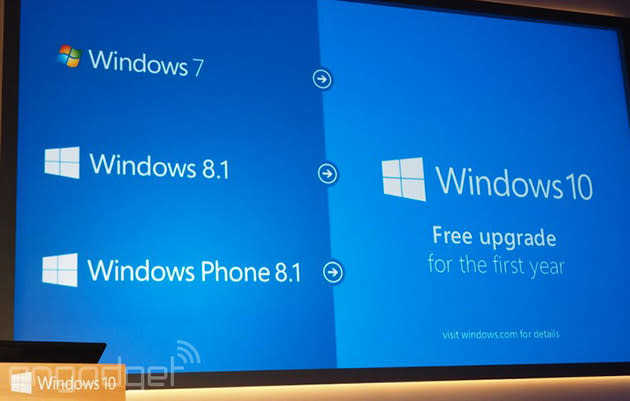 Well, that was quick: Despite Microsoft saying that Windows 10 was coming to its misfit tablet, the Surface RT, that isn't quite the case. As Thurrott reports, Redmond is working on an update for Surface which will have "some of the functionality" of Windows 10. The SuperSite for Windows founder goes on to say:

And it very well may be. The RT platform's always been a bit of an odd duck with its inability to run standard Windows apps, and it looks this this could be Microsoft's kiss of death. You can read the official word from a Microsoft spokesperson after the break.

Surface Pro 3 (and the entire Surface Pro lineup) will update to Windows 10. We are working on an update for Surface [Windows RT], which will have some of the functionality of Windows 10. More information to come.

In this article: microsoft, mobilepostcross, surface, SurfaceRt, SurfaceRt2, tablets, update, upgrade, windows10, windows10event2015
All products recommended by Engadget are selected by our editorial team, independent of our parent company. Some of our stories include affiliate links. If you buy something through one of these links, we may earn an affiliate commission.