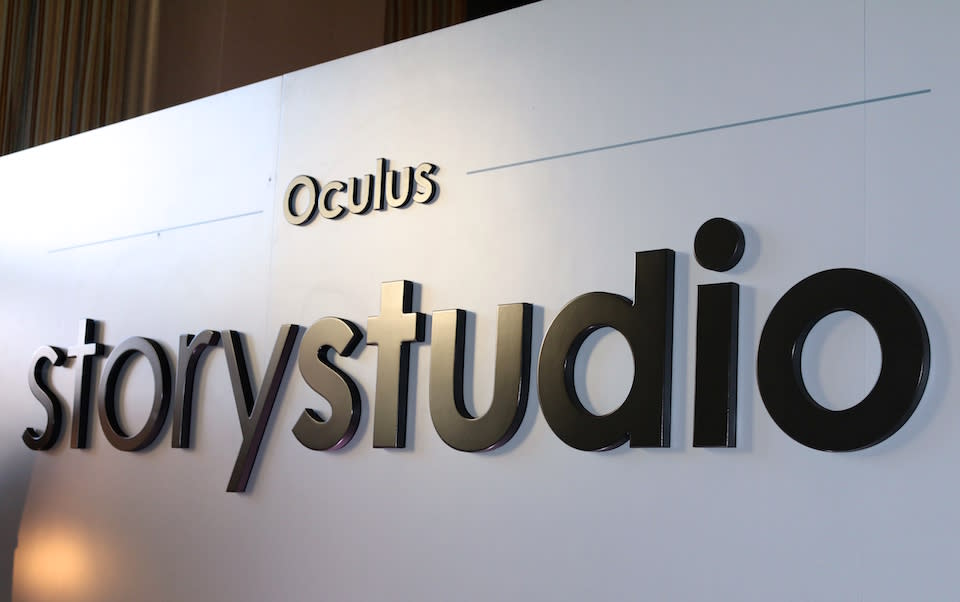 Look out, Hollywood, because Oculus VR is coming for you. Earlier today, the Facebook-owned company introduced its new film division Story Studio, as it looks to broaden its horizons and experiment with narrative through virtual reality. The first short film to come out of Oculus VR's in-house movie lab is Lost, which is making its debut at Sundance. In addition to that, Story Studio has revealed that it's already working on more shorts with a VR twist to them, all expected to appeal to different audiences. Along with Lost, there's also going to be Dear Angelica, Bullfighter and Henry, plus two other films that haven't been announced yet. Unfortunately, aside from displaying posters for the films and saying that they are "coming soon," Oculus Story Studio didn't share any further details. It's worth keeping in mind, however, that the newly minted production house is partially made up of former Pixar and Industrial Light and Magic staffers. For now, the only thing we can do is look at the posters and use our imagination to dream of what these virtual reality short films will be about. For its part, Lost was being screened on a Crescent Bay headset and, to say the least, it was beautiful -- stay tuned; more on that to come.

In this article: hands-on, hdpostcross, Oculus, oculus story studio, oculusstorystudio, OculusVR, Story Studio, StoryStudio, Sundance, Sundance2015, VirtualReality, VR
All products recommended by Engadget are selected by our editorial team, independent of our parent company. Some of our stories include affiliate links. If you buy something through one of these links, we may earn an affiliate commission.