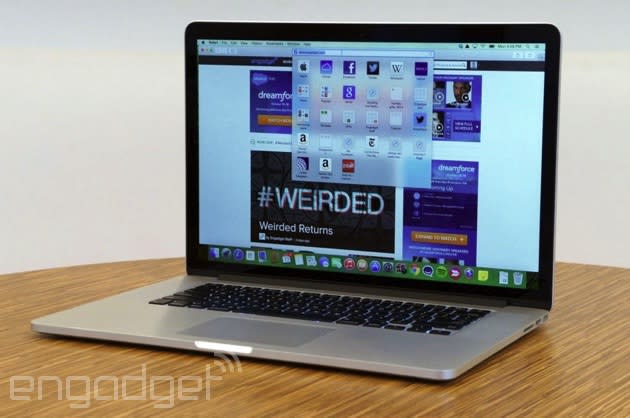 You know those unpatched Mac security exploits that Google revealed a few days ago? You probably won't have to worry about them any more. Apple has released OS X Yosemite 10.10.2, a hefty update that fixes those vulnerabilities, which let an intruder hijack your system in the right circumstances. There's also a solution for Thunderstrike, a nasty (if unlikely) attack that would compromise your computer through a malicious Thunderbolt device. Most of the other 10.10.2 tweaks aren't huge, although you'll probably like having access to iCloud Drive storage in your Time Machine backups. You'll definitely want to grab the upgrade, even if you don't need some of the smaller perks -- it should go quite some distance toward safeguarding your Mac.

In this article: apple, google, iclouddrive, mac, osx, projectzero, security, thunderbolt, thunderstrike, timemachine, yosemite
All products recommended by Engadget are selected by our editorial team, independent of our parent company. Some of our stories include affiliate links. If you buy something through one of these links, we may earn an affiliate commission.