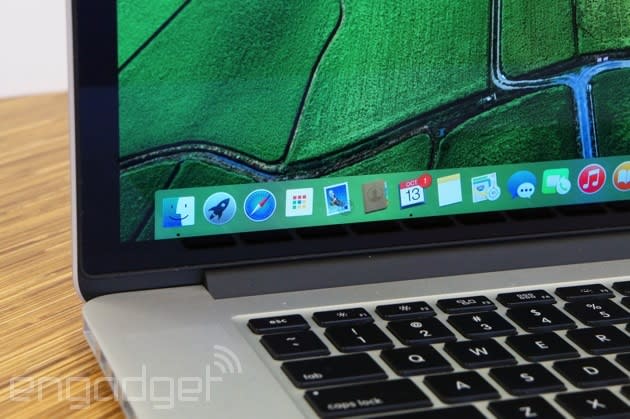 Microsoft isn't the only big tech firm grappling with surprise security flaw disclosures these days. Google's Project Zero security unit revealed at least two unpatched vulnerabilities in OS X (Yosemite appears to have mitigated a third) that theoretically help attackers take control of your Mac. The search company says it privately notified Apple about the holes back in October, but automatically published the details after Project Zero's usual 90-day cutoff period. Apple's usual policy is to decline comment on exploits like this until it has a solution. However, relief is at least relatively close -- iMore reports that an upcoming Yosemite update (10.10.2) is expected to tackle these flaws. The main question is whether or not Apple can deliver its fix before malware writers find a way to use those bugs for sinister purposes.

In this article: apple, exploit, google, mac, operatingsystem, os, osx, projectzero, security, software, vulnerability, zero-day, zeroday
All products recommended by Engadget are selected by our editorial team, independent of our parent company. Some of our stories include affiliate links. If you buy something through one of these links, we may earn an affiliate commission.