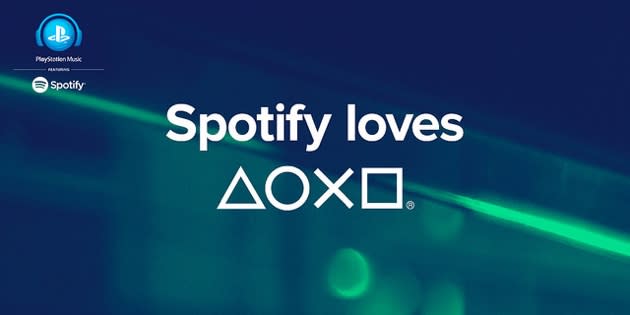 Sony today revealed PlayStation Music, a new Spotify-powered music service coming to PlayStation 3, 4 and "Xperia smartphones and tablets" this spring. The service will outright replace Music Unlimited, the service that Sony previously implemented across devices, powered by its own enormous music catalog. The news marks the first time Spotify has come to any game console, and is a major coup for Sony's PlayStation group in the battle for major home entertainment apps on game consoles (Xbox One notoriously got HBO Go first).

PlayStation Music will require a Spotify paid subscription (the "Premium" membership), and enables both playback on the aforementioned devices and the ability to listen to music in the background during games. When the service launches at some point in Spring 2015, it'll be available in "41 markets around the world."

Update: The PlayStation Music service will support the "ad-supported free tier" of Spotify as well, a Sony rep told Engadget.

There are no images/video of the service in action just yet, nor is there news of exactly how pricing will work. We do know the exact date that Music Unlimited will go away, though: March 29, 2015. Sony says that paid users who are still signed up as of February 28th will receive free access through the end of the run. It's not clear how, or if, their accounts will transfer over to PlayStation Music, but we'd bet they won't given the tie to Spotify's accounting system.

In case it weren't clear, this is great news: Music Unlimited is, to put it politely, hot garbage. Here's what we said about it in our review of the PlayStation 4:

"Music Unlimited is, unbelievably, the only option for playing music on the PlayStation 4. You can't set up a media server, or play MP3s or audio CDs. There's a free 30-day trial to the subscription service as part of buying a PS4, but it's a cumbersome hassle if you're not already a member. And why can't we play our own music on this super-powerful PC-esque game console? Sony says more options are coming, but at launch this is your only option.

Music Unlimited takes a shockingly long time to load, and navigation within the app is similarly sluggish. When you've finally located music you'd like to listen to, you can thankfully push the Home button and keep listening to it on a system level. Jump into a game and turn off the game's music track -- voila! It's pretty slick, but that same feature existed in a smarter form on the Xbox 360. And on the 360, we could load our own music onto the box."

That was one of the few massive negatives in an otherwise overtly positive console review. Glad to see it's been sorted! We'll have more coverage of PlayStation Music as the year rolls on.

In this article: hdpostcross, mobilepostcross, musicunlimited, playstationmusic, sony, spotify, spotifypremium
All products recommended by Engadget are selected by our editorial team, independent of our parent company. Some of our stories include affiliate links. If you buy something through one of these links, we may earn an affiliate commission.