This Chrome plugin brings Google's old icons back to your tabs

Google Workspace is the new name for Google's productivity suite 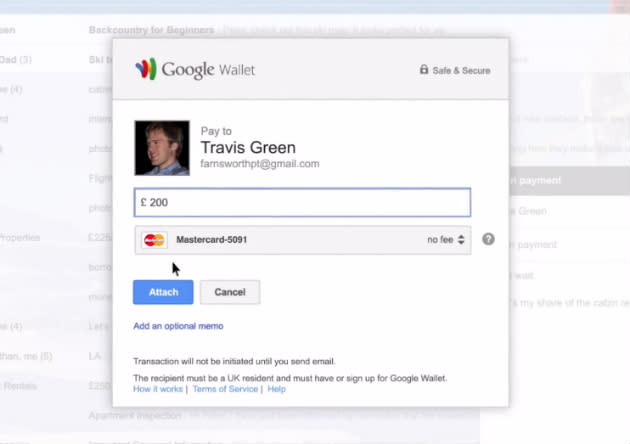 Instead of smartphone apps and traditional bank transfers, Google is hoping that its Gmail and Google Wallet integration can strike a chord with people wanting to send money in the UK. The feature has been available in the US for ages, but finally it's headed for British shores too. Once you've finished writing an email, you'll soon see a new "£" symbol at the bottom of Gmail's composer: type in an amount, select the source of your funds and then hit the "attach" option. Job done. It doesn't matter if the recipient has a Gmail address and, in addition, when someone sends you some cash Google will give you the option of redeeming it or returning it straight away. You can keep it in your Google Wallet account for further transactions, or transfer it to your bank account if you need it immediately. Google says the feature will roll out in the UK "over the coming weeks," so hang tight if you're not seeing it straight away. Is this a precursor to a full Google Wallet roll-out, with contactless mobile payments and physical cards galore? We aren't getting our hopes up.

In this article: Gmail, google, google wallet, money, money transfer
All products recommended by Engadget are selected by our editorial team, independent of our parent company. Some of our stories include affiliate links. If you buy something through one of these links, we may earn an affiliate commission.