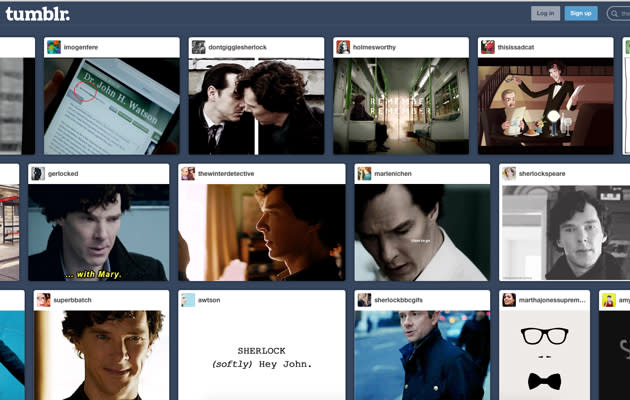 If we're honest, there isn't enough money in monochrome erotica and Benedict Cumberbatch GIFs to sustain a billion-dollar website. That's why Tumblr is doing its very best to become more of a publishing platform that can attract the sort of writing (and attention) you'd normally find on Wordpress and Medium. The site began this process a few weeks ago by enabling embeds of its pages anywhere else on the internet, and now it's ready to give users a much stronger set of tools.

In essence, the revamped dashboard now lets users see exactly how their posts will be laid out when they've been published. Additionally, users will be able to break up blocks of text with sub-headings and line breaks, images and video can now be placed "anywhere," while typography nerds will be pleased to see better text rendering. This is, according to the site, just the beginning of a roll-out of new tools, and Tumblr is promising some "real crafty shit" will appear in the near future. Make of that what you will, but hopefully it'll make you think about posting something other than that GIF of Sherlock and Moriarty getting it on.

In this article: Content, Dashboard, Essays, GIFs, Medium, Revamp, Tumblr, Wordpress, Writing
All products recommended by Engadget are selected by our editorial team, independent of our parent company. Some of our stories include affiliate links. If you buy something through one of these links, we may earn an affiliate commission.