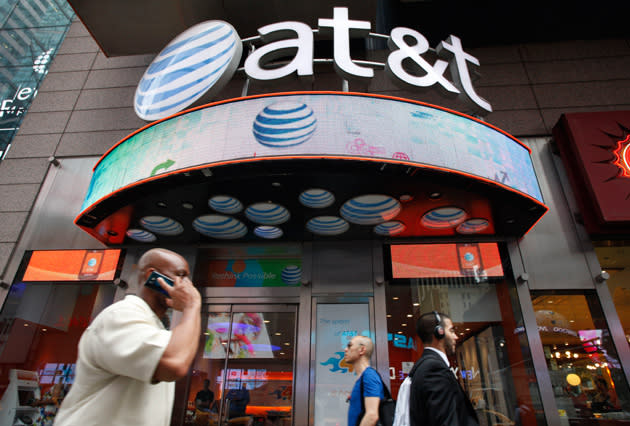 There's no doubt that companies spent a ton of money in the FCC's latest wireless auction -- $44.9 billion of it, to be precise. But who was it that was so eager to part with their cash? You don't have to wonder for much longer. The FCC has revealed the winning bidders, and there's little doubt as to who the frontrunners are. AT&T was by far the biggest spender. It shelled out almost $18.2 billion for 251 licenses to use that coveted AWS-3 spectrum, or nearly three times what it spent on 700MHz frequencies back in 2008. Dish, meanwhile, made its broadband ambitions pretty clear by snapping up a sizable $13.3 billion in airwaves.

As for the others involved? Verizon certainly wasn't conservative, having bid $10.4 billion, but that's not a big leap versus the $9.3 billion it spent acquiring 700MHz spectrum years ago. Also, smaller carriers didn't have much of a stake in this auction. T-Mobile ponied up a 'modest' $1.7 billion, and Sprint already said that it would sit things out in favor of the 600MHz auction coming in 2016. All told, most of the newly available wireless bandwidth is headed to just a handful of companies, only one of which is a relative newcomer. That's good to hear if you're one of their subscribers (especially if you regularly deal with congested networks), but it's lousy if you were hoping for an abundance of fresh competition.

In this article: att, auction, aws, aws-3, broadband, cellphone, dish, dishnetwork, fcc, lte, mobilepostcross, smartphone, spectrum, t-mobile, verizon, wireless
All products recommended by Engadget are selected by our editorial team, independent of our parent company. Some of our stories include affiliate links. If you buy something through one of these links, we may earn an affiliate commission.