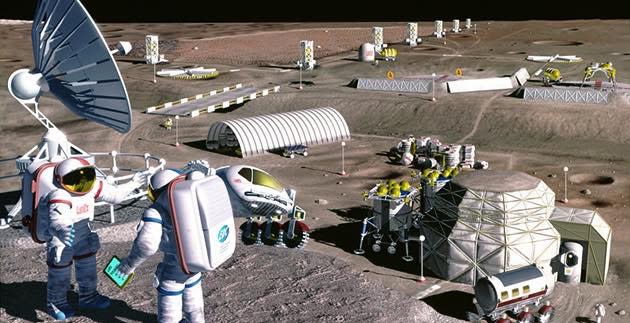 When the Seattle Seahawks and New England Patriots take the field for the Super Bowl this evening, it will be one of the most widely watched sporting events in the world. And it will also be one of the greenest. The game, which will take place at University of Phoenix Stadium, will be the first Super Bowl host to light its stadium entirely with LEDs, cutting energy use by 75 percent. In other news, Spain announced plans to install the world's first streetlight system that's powered entirely by solar and wind energy. An early prototype shows lampposts with small solar panels and vertical-axis wind turbines attached to the top.

On the renewable energy front, the Bangladeshi government has announced that it wants every household in that country to be powered by solar energy by 2021. To reach that goal, the government will focus on solar home systems, which provide power to homes that don't have access to the main power grid. Here in the US, the Bureau of Land Management has signed off on the SunZia Southwest Transmission Project, a 515-mile transmission line that will deliver wind and solar energy from Arizona and New Mexico. The renewable energy sector isn't just producing power -- it's also creating jobs. The solar industry is currently growing 20 times faster than any other energy sector, and it has surpassed the number of coal-mining jobs in the U.S. In our never-ending search for new sources of energy, NASA scientists are looking to outer space. Scientists are looking into the question of whether helium-3, a rare gas found on the moon, could fulfill our energy needs.

Ford recently announced the opening of a new Research and Innovation Center in Palo Alto, California, that will develop connected, autonomous vehicles. The automaker wants to make autonomous cars available to everyone -- not just the wealthy. However Tesla is the car company most closely identified with Silicon Valley -- and the latest and most souped-up version of the Tesla Model S sedan features an "Insane Mode" button that enables the car to accelerate from 0 to 60 in less than three seconds. Here's a great video that shows what that feels like. In other transportation news, a New Zealand company has found a way to turn old carpet into children's bicycles. The company shreds, cleans and heats the raw material, turning it into a liquid. The material is then formed into bike frames. And in the wake of last week's massive snowstorm, which dumped several feet of snow on New England, Inhabitat shared some tips for how to make snow tires for your bike using zip ties.

In one of this week's craziest stories, the FDA is thinking about releasing millions of genetically modified mosquitoes into the Florida Keys in order to curb the outbreak of tropical diseases. Scientists have bred male mosquitoes that can then mate with the females carrying the illness, killing their offspring. In other science news, Taiwanese fishermen may have discovered the remains of a new type of prehistoric human. They stumbled upon a fossilized jawbone estimated to be nearly 200,000 years old. Researchers have been able to read an ancient scroll buried beneath Mount Vesuvius with the use of X-rays. The scrolls, which were buried when Mt Vesuvius erupted in 79 CE, are extremely delicate, and the researchers were able to read them without ever opening them. A man in Sydney, Australia, has recreated the ancient city of Pompeii entirely from Lego bricks. The Lego exhibit, which is made of 190,000 bricks, shows exactly how Pompeii looked at the moment of destruction. A team of students from California College of the Arts in San Francisco developed autonomous, mobile 3D-printing robots that can build just about anywhere. The hope is that one day, the small robots will be able to construct entire buildings. 3D printing is also taking off in the fashion world -- designer Jenny Wu creates amazing 3D-printed jewelry that looks like wearable architecture. And in preparation for Valentine's Day, Inhabitat shared a tutorial explaining how to make DIY cards from recycled, seed-filled paper. After Valentine's Day, you can plant them in your garden, and the embedded seeds will sprout.

In this article: EcoFriendly, environment, green, helium, inhabitat, ThisWeekInGreen, transportation, WeekInGreen
All products recommended by Engadget are selected by our editorial team, independent of our parent company. Some of our stories include affiliate links. If you buy something through one of these links, we may earn an affiliate commission.